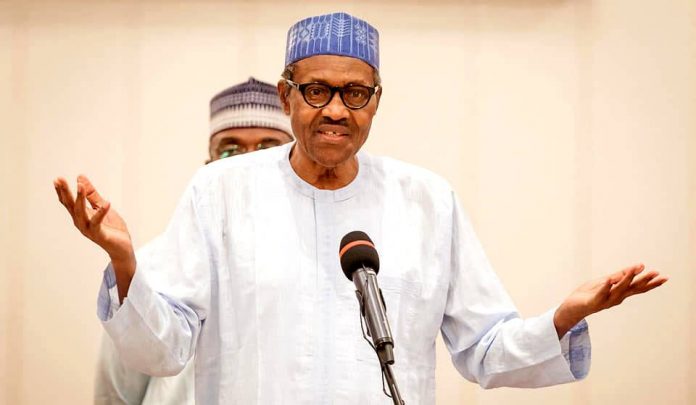 The Presidency yesterday challenged states to give an account of how they spent amounts in excess of one trillion naira, allocated to them from the Ecological Fund to tackle floods and other ecological problems.

This came as the Federal Government said yesterday that the release of water from the Lagdo Dam in Cameroun was not responsible for the large-scale flooding in Nigeria.

Several states, including Benue and Kogi in the North-Central; Bayelsa, Rivers and Delta in the South-South, have cried out for help from the Federal Government as they battle to provide succour for victims of floods forced out of their homes and left without shelter, food and potable water.

Roughly N1 trillion, representing 2.2 per cent of the total budget for 2018, 2019 and 2023 was budgeted for ecological and disaster management.

However a search of the website of the Ecological Fund Office for details of accruals and monthly/ quarterly releases to states and federal agencies did not yield the desired results.

A search of the budget implementation report equally did not yield the desired results.

The House of Representatives had since June, launched a probe into the utilization of the fund for the past 10 years.

This is not the first time such a probe is taking place in the National Assembly.

On its part,   the Presidency has continued to query public attention on the Federal Government when in fact, the states and local governments therein received the chunk of ecological funds set aside for disaster management.

Presidential spokesman, Mallam Garba Shehu, in response to enquiries from Vanguard yesterday, made reference to a comprehensive statement he issued on the subject in August.

In the statement, the Presidency enjoined state governors to rise to the responsibilities of their office by responding to the needs of their citizens in the face of growing floods and other ecologically-related disasters.

This was in response to the growing number of appeals from groups and individuals, including some of the affected state governments, for help.

Garba explained that statutorily, the revenue allocation formula provides that 2.32 per cent of derivation funds was set aside for ecology and disaster management and the amount is shared across the three tiers of government.

He noted that while the Buhari administration remains committed to efforts to alleviate the suffering of citizens affected by flooding and other natural disasters, other tiers of government equally had a responsibility to play their part in disaster management.

According to him, it is high time citizens began to ask relevant state and local government agencies how they spend their share of the Ecological Fund.

The Senior Special Assistant to the President said: “Calls for the Federal Government to respond to all outbreaks of a natural disaster do not display an understanding of Nigerian law.

“While not a national-level emergency, the ongoing flooding is an emergency nevertheless. Nigerian lives and properties are at stake.

“We call on governors of those states that have swung into action and engaged the necessary gear to continue with their efforts, and those that have not, to immediately face their duties of managing the flooding within their jurisdictions – that is the job that the President, governors and council chairmen have been elected to do.

“Each of the three tiers, the local government, the state government and the Federal Government has a sizeable budget at its disposal, allocated monthly precisely for dealing with these state-level natural emergencies, as well as federal agencies dedicated to doing the same.

“It is not clear why some of the state governments in question are not already drawing upon those funds to tackle the current emergency, and the general population is misguidedly calling on the Federal Government to intervene in all situations.

“If those sums of money are, for whatever reason, no longer available, the affected states and local councils must immediately contact the relevant authorities to explain what has happened to those funds.

“Under the prevailing revenue allocation formula, 2.32 per cent of derivation funds are set aside for ecology and disaster management.

“Of this amount, the 36 states and the FCT get 0.72 per cent, the 774 local governments get 0.6 per cent, adding to 1.32 per cent, leaving a balance of one per cent to the government of the federation.

“By the law of the land, NEMA (National Emergency Management Agency) takes 20 per cent of the amount allocated to the Federal Government.

“The President commends the few states that are up in front, doing a yeoman’s effort, averting disasters and managing same where they occur.

“While he gives the nation assurances that the Federal Government will continue to work closely with the state governments to provide all possible assistance to overcome this challenge, the President expects at the same time it must be seen as a shared responsibility.

“The response to emergencies must stand on the three-legged structure.  Flooding, droughts out of season, and wild weather patterns are now global experiences due to climate change. No one now denies its detrimental effects in all corners of the planet.

“Nigeria’s efforts, led by the President, have been acclaimed in Africa and globally. Instead of making headline-grabbing calls, politicians should take the trouble to find out from the ministries and state governments what steps are being taken in the face of these challenges.”

Garba equally noted that President Buhari sympathised with victims of flooding, assuring that the situation was constantly being monitored.

Noting that the Federal Government will keep sending teams to assess the situation to render help, the presidential spokesman said: “The President extends heartfelt condolences, on behalf of the nation, to communities in towns and villages, many of whom have lost dear relatives, suffered extensive property damage, and endured the destruction of crops and farmlands.

“While expressing his concerns over hardships being faced by people due to this natural calamity, the President noted that NEMA had written to each of the 36 states of the federation, through the states’ respective governors, advising on the appropriate action to take in view of gloomy forecasts of the rains this year.

“The structure of the response mechanism on this issue is clear: the government at the centre should step in to directly address national-level emergencies and that local government council and the states are the first responders in all situations.”

Irked by the lack of accountability which has dogged the management of these funds at almost all tiers of government, the House of Representatives in June 2022, mandated its Committee on Environment to investigate remittances to the Ecological Fund and withdrawals from the account between 2010 and 2022, alleging mismanagement by the beneficiaries.

The committee is also to “investigate the utilisation of the Ecological Fund by benefiting government’s departments and agencies (MDAs) from 2010 to March 2022 and establish infractions (if any).”

To establish these facts, the House asked the committee to conduct public hearings with all the major stakeholders on the effective and efficient utilisation of the Ecological Fund and report back within six weeks for further legislative action.

The House resolution to probe was sequel to a motion moved by a member of the House, Femi Bamisile, titled ‘Need to Investigate the Total Consolidation Accrual and Utilisation of Ecological Fund.’

Bamisile had while moving the motion, noted the existence of the Ecological Fund as an intervention fund set up by the Federal Government to address multifarious ecological challenges across the country.

He also noted that the Federal Government, the 36 states of the federation, the 774 local government areas and the Federal Capital Territory, FCT, receive funds through the Federal Allocation Committee as shares from the Ecological Fund.

“The House is worried that efforts at making beneficiaries of the Ecological Fund accountable for their accrued shared funds in the last few years have been ignored.

“Sections 88 and 89 Constitution of the Federal Republic of Nigeria, 1999 (as amended) empowers the National Assembly to conduct investigation and power as to matters of evidence,” Bamisile said.

Meanwhile, the Federal Government has said that water from the Lagdo Dam in Cameroon is not responsible for the flooding that has devastated parts of Nigeria.

Minister of Water Resources, Alhaji Suleiman Adamu, stated this at the 2023 budget defence of the ministry in Abuja yesterday.

He cleared the notion that the water resulting in the flooding was from Lagdo Dam, saying the inflow from the dam to Nigeria was only one per cent.

“Yes the dam releases water; sometimes it releases water without notice and when they do that, it has impact on communities downstream.

“It is not the main reason you have flood in this country.  The tributaries of River Benue are the main cause, and this year, the rains have been unprecedented.

“The trans-boundary water that even comes into this country from Rivers Niger and Benue constitute only 20 per cent of the fresh water that flows into the country.

“Eighty per cent of the flood is water we are blessed with from the sky falling on Mambila and Jos plateaux.  Most of this flow is from Nigeria,” he said.

However, the minister said the Federal Government was not often informed by the Cameroonian government on annual release of water from Lagdo Dam.

He said: “It took a lot of effort for us to sign an MoU for Cameroun to be informing Nigeria about releases.

“It was signed in 2016. Since then, every year, when the flood season comes, it is the Nigeria Hydrological Services Agency that calls them to know their level of water.

“We cannot blame the flood this year on Cameroon. We can only blame them for violating the terms of the MoU.”

Adamu further said that government will call for a review of the MoU.

On the Dasin Hausa Dam in Adamawa which could serve as a solution to flooding, Adamu said “whether we are able to do the dam or not, we will continue to have floods on the Rivers Niger and Benue basins.

“There was a consultant that had been appointed by the previous administration to work on this dam.

When I came into office, I checked the scope of work and the terms of reference. I was not satisfied that justice will be done to that design.

“You can not build a dam as important and strategic as Dasin Hausa on River Benue without a detailed feasibility and engineering design. I disengaged the consultant in 2016. It was one of the 116 projects that we had.”

He, however, expressed optimism that by March 2023, the dam would be completed. Earlier, Chairman of the Committee, Senator Bello Mandiya, had urged the ministry to find lasting solution to flooding around the country.