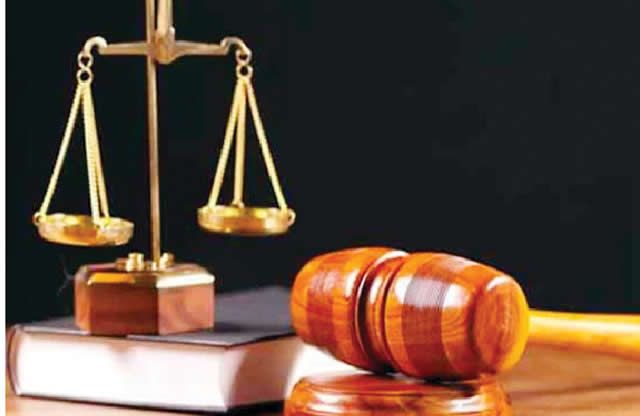 Five family members have been arraigned before Magistrate L.A. Owolabi of the Ogba Magistrate’s Court, Lagos State, over alleged fraud and vandalism.

The defendants, Ufoma Ometan, 48; Ejiro, 42; Jite, 44; Francis, 82; Benjamin, 83; were said to have vandalised the property of a couple, Mr and Mrs Victor Erhabor, and fraudulently obtained the sum of N44m from them.

The defendants are facing seven counts bordering on conspiracy, fraud, burglary, and vandalism.

The charges read in part, “That you, Ufuoma Ometan, Ejiro Ometan, Jite Ometan, Francis Ometan, Benjamin Ometan, sometime between December 2019 and January 2020, along Awoniyi Elemo Street, Ajao Estate, Isolo, Lagos, in the Lagos Magisterial District, did fraudulently obtained the sum of N44m from Mr & Mrs Victor Erhabor, with the pretence of selling to them a property at Awoniyi Elemo Street, Ajao Estate, Isolo, Lagos, knowing same to be false.

“That you, Ufoma Ometan, Ejito Ometan, Jite Ometan, Francis Ometan, Benjamin Ometan, between December 2019 and January 2020 at Awoniyi Elemo Street, Ajao Estate, Isolo, Lagos, in the Lagos Magisterial District, did cause damage to the property of Mr and Mrs Victor Erhabor.

The defendants pleaded not guilty to the charges.

The prosecution’s witness, Victor Erhabor, was led in evidence by Ikhayere.

Victor told the court that he and his lawyer were forced to sign an agreement brought to them by the defendants.

The witness said the family members later broke into the property, vandalising the same, and causing damage to the tune of not more than N15m

Documents and pictures were tendered through the witness and admitted in evidence as an exhibit.