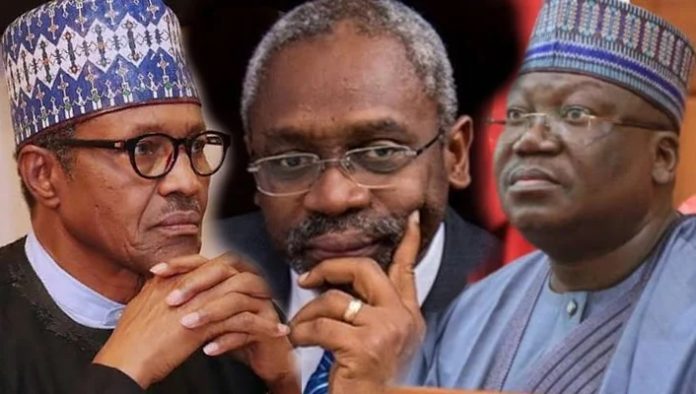 • Only co-contestants at primaries can sue on candidates’ certificates, credentials – Ex-INEC director

A new amendment to the Electoral Act has precluded the possibility of voters challenging credentials submitted to the Independent National Electoral Commission by candidates.

The proposed law, if signed by the President, Major General Muhammadu Buhari (retd.), will allow only those who participated in the party primary to challenge in court, the school certificates, the birth certificate and other credentials of a co-contestant.

Currently, Section 31(5) of the Electoral Act reads, “Any person who has reasonable grounds to believe that any information given by a candidate in the affidavit or any document submitted by that candidate is false may file a suit at the Federal High Court, High Court of a State or the FCT (Federal Capital Territory) against such a person seeking a declaration that the information contained in the affidavit is false.”

However, the new amendment reads, “Any aspirant who participated in the primaries of his political party who has reasonable grounds to believe that any information given by his political party’s candidate in the affidavit or any document submitted by that candidate in relation to his constitutional requirements to contest the election is false, may file a suit at the Federal High Court against that candidate seeking a declaration that the information contained in the affidavit is false.”

Currently, all Nigerians are allowed to challenge the credentials of candidates of any political party. This has been reaffirmed by several court judgments.

For instance, in the case of Lawrence v PDP & Ors (2017), the Supreme Court in a judgment read by Justice Walter Onnoghen said, “From the provisions of Section 31(5) of the Electoral Act, 2010, as amended supra, it is not in doubt that it confers locus standi on ‘any person’ whether a member of a political party or not to invoke the jurisdiction of the High Court in accordance with the said provisions and the court has the requisite vires to hear and determine his case.”

Agreeing with the judgment, Justice Kudirat Kekere-Ekun said, “Section 31(5) of the Electoral Act, 2010, as amended, empowers any person with reasonable grounds to believe that any information given by a candidate is false to institute an action before any of the High Courts to seek a declaration that such information is false.”

The Supreme Court agreed with the PDP and disqualified the APC despite the fact that the APC had already been declared winner of the election by INEC.

Should this new amendment to the Electoral Act be signed into law, the Bayelsa scenario may not be possible.

A human rights lawyer, Mr. Ebun-Olu Adegboruwa (SAN), in a chat said the amendment should not be allowed to stand.

Adegboruwa said such an amendment was antithetical to the Freedom of Information Act and the spirit of transparency even as he argued that the Supreme Court had at several times guaranteed the rights of Nigerians to challenge the qualifications of candidates.

He added, “I believe that the people seeking to occupy public office seek to occupy a position of trust and to that extent, once you have ventured into a contest for a position of public trust, your life is open and there is nothing to hide again.

I think there are many Supreme Court judgements that have stated that it is not only those who are vying for a particular office that can question the credentials of a candidate. So, it is already settled in law that the locus to challenge the qualification of any candidate whether academic or otherwise is open to anybody who has reason to believe that a candidate has not told the truth.

“I think it is too late for the National Assembly to masquerade those seeking office. That new provision will be challenged and I don’t think it can see the light of day.”

Also in a chat, activist, Mr. Femi Falana (SAN), argued that the provision, if allowed to scale through, would be a nullity.

Falana stated, “That provision will be illegal because anybody can demand from INEC under the FoI Act the form submitted by anybody and once you have that, you can go to court?

“That provision cannot remove my right to go to court. You can even report to the police or even prosecute the person by yourself. There is a provision for that in the Administration of Criminal Justice Act. This new amendment will not help them.

A lot of them have forged certificates and that is why they are doing it but it cannot help them. Even the constitution says anyone who presents to INEC a forged certificate has committed an offence. So, they cannot help themselves.”A former INEC Director for Voter Education and Publicity, Oluwole Osaze-Uzzi, argued that the new provision would allow the wrong persons to win elections.

As the law stands, if any candidate fills Form CF 004 for his personal particulars, anybody can go to court, file a case and say such a person is not qualified. In the new amendment, they have limited to only those who contested the primaries with that person is qualified.

“But it allows the wrong people to scale through and become elected officers. These are issues that we need to look at. This is one of the ugly aspects of the bill,” Osaze-Uzzi stated.

The Convener, Coalition in Defence of Nigerian Democracy and Constitution, Ariyo- Dare Atoye described the section as unconstitutional.

He added that besides, any party who fails to field unqualified candidates would surely face the consequences.

Atoye said, “If there’s a provision in the Electoral Act that says that voters cannot sue, that is provision is unconstitutional. However, such a section should not be a source of worry for Nigerians, because it is always the responsibility of the political parties to field aspirants and candidates, the public has the responsibility to vote or not to vote an aspirant they think they have concern about. and if a party has run the risk of fielding a candidate with unqualified credentials should suffer from such an abnormality either from within or by a challenging party.

It will place responsibilities on politicians – Group

The Director, Center for Transparency Advocacy, Faith Nwadishi, said the section of the bill, if signed, would place more responsibilities on politicians who she described as lazy.

She said, “The process already is cumbersome and the judiciary is already messing up the entire process, these are mainly pre-election matters and if they are not dispensed off quickly, let it be the responsibility of those who are contesting that election. In fact, the politicians have become too lazy in our electoral process, they are the ones who should do the most work, they are the biggest beneficiary. What  I think the bill would do is to give more responsibility of scrutiny to the contestants.

As it is now, the citizen can draw the attention of whoever is contesting and let whoever is interested to take the matter to court , they should also ensure a thorough check on those contesting so that at the end of the day their votes would not be wasted like in Bayelsa.”

It is not democratic – IPAC

On his part, the National Treasurer, Inter-Party Advisory Council, Obidike Okolo, in an interview said the provision was not democratic.

“So, it is like perjury and at the end of the day if you give false information and if you commit perjury, it’s crime against the state.

“The state is a representative of the people and it is actually a crime against the Nigerian people. So, why shouldn’t Nigerians be entitled to challenge any information if they feel somebody has given false information? So, we do not support that kind of law and that aspect should be expunged, that’s our opinion.”