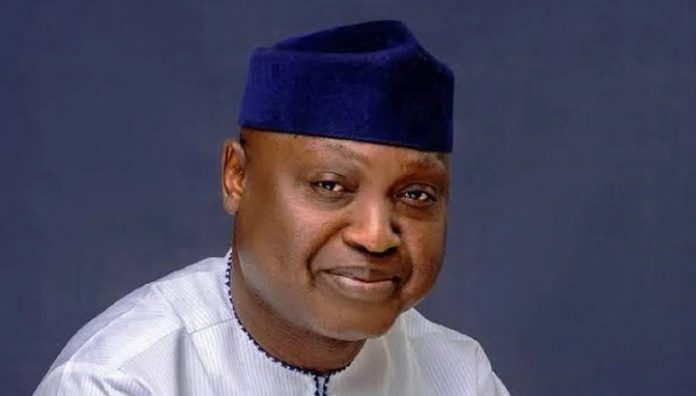 The Ekiti State Governor, Biodun Oyebanji, and his Deputy, Monisade Afuye, on Wednesday, closed their case before the Election Petition Tribunal in the matter filed by Social Democratic Party governorship candidate, Segun Oni, challenging their victory in the June 18 governorship poll.

Oyebanji and Afuye, the All Progressives Congress candidate and running mate respectively, who were returned elected by the Independent National Electoral Commission, announced their intent to close their case at the tribunal through their lead counsel, Lateef Fagbemi (SAN).

While Oyebanji and Afuye are the 1st and 5th respondents respectively, others joined in the petition are the APC (2nd); Alhaji Mai Mala Buni (3rd); and INEC (4th).

Fagbemi during the sitting told the three-member panel that the decision of the1st and 5th respondents to close their case at the tribunal was arrived at after exhaustive deliberation.

Lead counsel to APC, Akinlolu Olujimi (SAN), who said he did not expect that the 1st and 5th respondents would close their case so soon, asked the tribunal to give him two days to get the witnesses of the 2nd respondents ready for their days in the witness box.

Lead counsel to Buni, Mr Shaibu Aruwa (SAN) also said he was surprised by the development, but there was no way he could get his witness ready to fill in the time.

The Tribunal Chairman, Justice Kpochi, however, stood down ruling on the next line of action till Thursday, 20th October

The petitioners (Oni and SDP), through their lead counsel, Mr Obafemi Adewale (SAN) had closed their case before the tribunal last week after having called their witnesses.