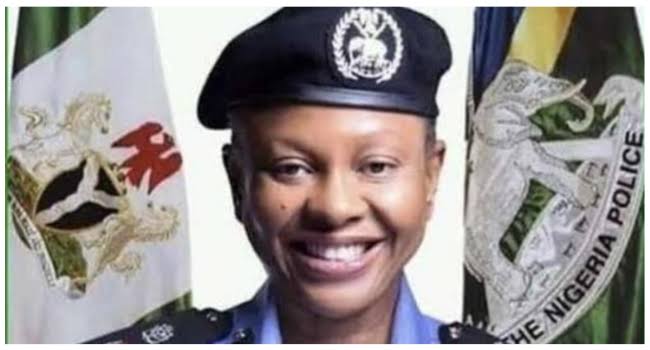 In a landmark judgment delivered today, Justice Dashe Damulak accordingly struck out the regulation for being inconsistent with Section 42 of the 1999 Constitution (as amended) and Article 2 of the African Charter on Human and People’s Rights which abolishes discrimination on basis of gender.

The judge also held that the claimant, Miss Omolola Olajide has a right to challenge the constitutionality of section 127 of the Police Act and Regulation 127 thereof.

Miss Olajide of the Ekiti Police Command was dismissed on January 26, 2021 by the former Inspector-General of Police, Mr. Mohammed Adamu, for getting pregnant while being single.

She proceeded to court to challenge her dismissal on the ground that the police authorities had discriminated against her since her male counterparts are not dismissed in similar circumstances.

In the suit filed on her behalf by the law firm of Falana & Falana & handled by the Chairperson of the Women Enlightenment and Legal Aid, Mrs Funmi Falana, Miss Olajide listed the Nigerian Police Force, the Inspector General of Police and the Police Service Commission as defendants.

In a 14 page judgment delivered today and obtained by Channels TV’s judiciary correspondent, Shola Soyele, Justice Damulak held that “the Court accordingly, finds and holds that the provision of Section 127 of the Police Act and Regulation 127 thereof, which applies to unmarried women police officers getting pregnant while in service but does not apply to unmarried male police officers impregnating females while they are in service, are discriminatory against unmarried women police offices by Section 1(3) of the 1999 Constitution of the Federal Republic of Nigeria, as amended, if any law is inconsistent with the provision of this Constitution, this Constitution shall prevail, and that other law shall to the extent of its inconsistency be void.”

The Judge further held that “For the avoidance of doubt, the case of the Claimant succeeds in part only in terms of prayer B which is a Declaration that the provisions of Regulation 127 and section 127 of the Police Act which is against women police officers getting pregnant before marriage but does not apply to male police officers impregnating women before marriage is discriminatory, illegal and unconstitutional as it violates the Claimant’s Fundamental Right under Section 42 of the 1999 Constitution (as amended) and Article 2 of the African Charter on Human and Peoples’ Rights and the said provision is hereby declared null and void and struck down.”

The court however refused Miss Olajide’s application to be reinstated as a police officer for her wrongful dismissal.

The court agreed with the police counsel, Mr Tolu Abisagbo to the effect that the claimant was employed on probation as at the time of her dismissal and she could therefore not be reinstated.

The court held that, “…as a probationary staff, the claimant is not yet clothed with the garb of statutory protection so even when her termination is wrongful, she cannot be reinstated”.

“For being wrongfully denied a lifetime opportunity of serving in the Nigerian Police based on a discriminatory law and since the claimant cannot be reinstated, she is entitled to aggravated and punitive damages assessed at N5,000,000.00 (five million naira only)”.

Justice Damulak relied on many judicial authorities and particularly the case of Women Enlightenment and Legal Aid v Attorney-General of the Federation where the Federal High Court struck down the police regulation that placed a 3-year ban on female recruits from contracting any form of marriage.

Counsel to the claimant, Mrs Falana has commended Justice Damulak for his contribution to the development of the nation’s human rights jurisprudence on gender equality in the country.

She however expressed the view that the Court ought to have reinstated the police woman having quashed the illegal regulation upon which her dismissal was predicated.

Mr Femi Falana added that the firm will appeal that aspect of the judgment.