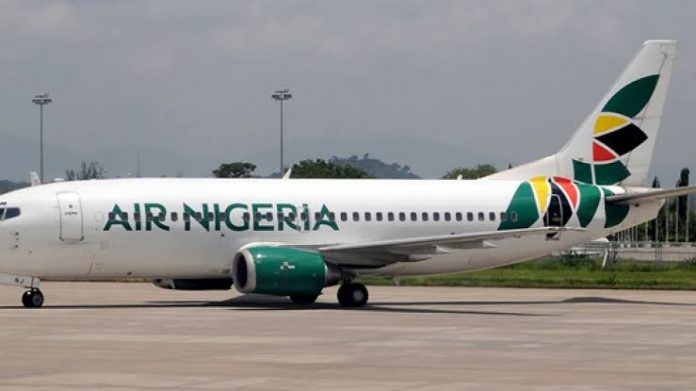 A Federal High Court sitting in Lagos yesterday granted an interim order restraining the Federal Government from selling the shares of Nigeria Air to Ethiopian Airlines.

Listed as defendants in the suit are Nigeria Air, Ethiopian Airlines, Minister of Aviation, Hadi Sirika, and Attorney General of the Federation, AGF Abubakar Malami.

In the enrollment order date November 15, Justice A. Lewis-Allagoa granted an “order of interim injunction restraining the federal government from executing the proposed or draft agreement of the establishment of a national carrier between Ethiopian Airlines and Nigeria”.

“An order of interim injunction is granted restraining the defendants either by themselves, agents, privies, principals or any other persons whosoever from executing the proposed or draft “National Carrier Establishment and Agreement Between the Federal Government of Nigeria (represented by the third and fourth defendants) and the strategic equity partner or giving effect to and or suspending the sale and transfer of the shares and operations of the first by the second defendant pending the determination of the Motion on Notice.

“That an Order of Maintenance of Status Quo by all the parties in this suit from taking any further step(s) in relation to the subject matter of this suit pending the determination of the Motion on Notice is granted.”

FG not aware of suit —Sirika

Speaking yesterday in Lagos during a stakeholders’ appreciation forum for the reconstruction of Lagos Airport Runway 18L, Aviation Minister, Hadi Sirika insisted that he was not aware of any suit seeking to stop Nigeria Air operations.

He said: “I am not aware that anyone is in court. I don’t have any court papers; otherwise, I am not interested. I cannot see any rational court that will say that I am stopping somebody from establishing a company because Nigeria Air is a limited liability company known to the Nigerian laws in the corporate affairs commission.“

Sirika disclosed that when the airline was still in its embryonic stages, he reached out to Air Peace chairman, Mr. Allen Onyema, Azman Chairman, Abdulmunaf Yunusa Sarina, and others to invest in the new airline but was rebuffed by the airline owners, stressing some of them later accused him of not making the request verbal.

“I heard that the airline owners said that they were not carried along. If you were there at the National Assembly, I told them where I met them like the Max Air, Azman, Air Peace, Ibom, everybody where I met them and told them to please come and partner in this airline and own it, telling them that it is meant for the private sector. I told Air Peace to come and invest in this one and one of them said to me that I should make it formal.

“I said to him that I met you in your own place, met with you and invited you and told him that I have put it in all places as adverts. I also put it in the Economist, on television, and also put it on the website. How formal can that be? I always beg them to say all you stakeholders are invited to be owners of the airline as private sector people. Nobody will say he was not invited.”