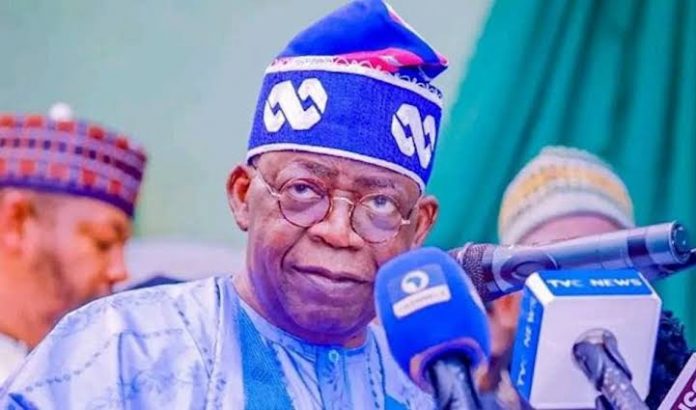 The court ordered Udeze to pay the fine for dragging the presidential candidate of the All Progressives Congress (APC), Bola Tinubu, and his running mate, Kashim Shettima, to court.

The Federal High Court in Abuja imposed the N1 million fine on Udeze and his lawyer, Kalu Kalu Agu on Monday, accusing the duo of wasting judicial time.

According to her, the suit filed by Agu on behalf of the sacked Action Alliance chairman, with the originating summons marked: FHC/ABJ/CS/1256/22, was initiated by a “busybody” in order to waste judicial time.

Udeze had brought the Independent National Electoral Commission (INEC), APC, Tinubu, and Shettima to court as the first to fourth defendants, respectively.

It was learned that Udeze, who filed the suit in the name of Action Alliance as a plaintiff in the matter, was sentenced for doing so.

In the suit, the former AA chairman sought a declaration that Tinubu’s nomination of Shettima as his vice presidential candidate was void due to the express provision of Section 35 of the Electoral Act, 2022, which stated that Shettima allowed himself to be nominated in more than one constituency for the 2023 elections.

He had also sought a perpetual injunction to prevent Tinubu and Shettima from running as presidential and vice presidential candidates in the Feb. 25 election.

The AA’s former chairman also sought a perpetual injunction barring INEC from including Tinubu and Shettima’s names as presidential and vice presidential candidates in the final list of candidates for the upcoming polls, adding that the commission should also be barred from including the APC on the ballot for the same poll.

However, the defendants asked the court to dismiss the case because it was statute barred because they did not file within 14 days of the nomination.

They argued that the suit was nonjusticiable because the plaintiff lacked the locus to challenge the candidates’ nominations, which involved party internal affairs.

In their preliminary objection, the Omo-Aje leadership of the party also urged the court to dismiss the suit on the grounds that it was purportedly initiated by Action Alliance.

They claimed that under the party’s constitution, only the national legal adviser, acting on the instructions of the party’s national chairman, could initiate legal action on behalf of the party.

The Omo-Aje leadership of the AA argued that because neither the national chairman nor the national legal adviser instructed that the instant suit be instituted, the suit was incompetent and requested that it be dismissed by the court.

Justice Nyako explained in her ruling that the suit did not come from the authentic executives of the Action Alliance, as argued by the party’s Omo-Aje leadership, and thus dismissed the suit for lack of locus standi.

She referred to the Udeze-led Action Alliance as “a busybody who goes to different courts filing cases to waste the time of the court,” noting that they lacked the legal authority to bring the case.

On that basis, the presiding judge fined Udeze and his lawyer, Agu, for wasting the court’s time, and directed that the money be paid into the Federal Government’s Treasury Single Account.