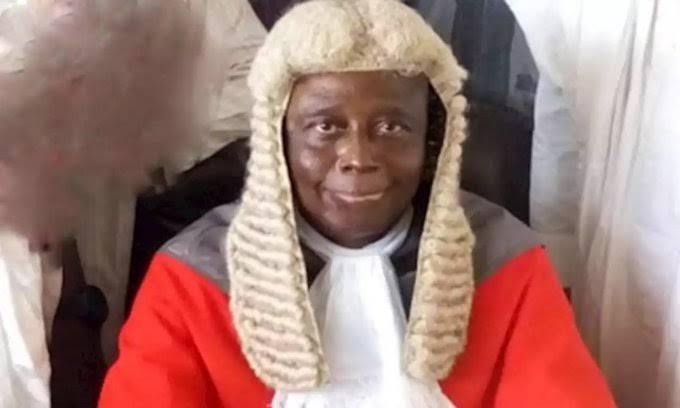 The Kano State Chief Judge, Hon. Justice Nura Sagir and the President of the International Federation of Women Lawyers, FIDA, Amina Agbaje have expressed worry over the position or place of Nigeria on the ranking table in the fight against corruption.

The duo frowned at the ranking during a validation workshop on the review of the Kano State Administration of Criminal Justice Law, rules (Practice Direction) towards improving the speedy dispensation of corruption cases supported by the MacArthur Foundation.

Agbaje who was represented by the National Secretary, Eliana Martins said the country’s ranking is as high as ever despite judicial, quasi-judicial and legislative attempts to curb the menace of corruption and stymie it.

According to her, “It is pertinent to note that Corruption remains a perplexing issue and an ‘inherently clandestine’ phenomenon, with international and local dimensions. It is also inextricably tied to the political, economic and social development of nations. The degree of prevalence of corruption, which differs from country to country, determines the rate of economic development of the individual country, thus, the importance of effective control of corruption cannot be overemphasized. Efforts have been made domestically and at the international level in an attempt to tame the menace of corruption.

“Some countries have better plans while others are either paying lip service to the fight against corruption or are ill-equipped to combat this asphyxiating scourge. Unfortunately, Nigeria falls in the latter category, despite judicial, quasi-judicial and legislative attempts to curb the menace of corruption and stymie it.

“The advent of democratic governance in Nigeria in 1999 remarkably led to an upsurge in the passage of laws, the design of policies and mechanisms aimed at effectively combating corruption.

“Towards mitigating this trend, several anti-corruption agencies have been established and a number of policies or strategies have been employed or implemented by various governments in Nigeria in a bid to combat corruption. Despite these avalanches of legislation, anti-corruption agencies, policies and strategies, the level of corruption in Nigeria is still as high as ever. The latest ranking of Nigeria according to the Transparency International Corruption Perception Index (CPI) underscores this fact,” she said.

The FIDA President said as an organization, FIDA is leading the review of practice Directions to complement the ACJL of the state towards aiding the speedy dispensation of justice by fast-tracking corruption cases.

“It is against this background that FIDA Nigeria is leading the vanguard for the development or review of practice Directions at the state level replicating the already existing efforts at the Federal Level. These practice directions will complement the ACJL of the state towards aiding the speedy dispensation of justice by fast-tracking corruption cases. Thus, FIDA Nigeria will through this process take into context focal states’ peculiarities, deepen legal frameworks for prosecuting criminal cases, educate criminal justice actors on the ACJA/ACJL, and aid quick dispensation of justice, particularly in corruption cases through the development and review of the State’s practice direction,” Agbaje noted.

The Kano State Chief Judge, Hon. Justice Nura Sagir said the country has continued to move within the bottom position on the ranking table despite the efforts put in place by the EFCC, ICPC and other respective Laws.

He said one of the ways to address corruption apart from the substantive law is the procedural aspect and that is why the Rules are been revisited to ensure speedy dispensation of Justice vis a vis speedy trials of corruption cases.

Earlier, the state project officer, Fatima Ahmad Esq stated that the validated Rules includes forms of instituting criminal proceedings, trial in absentia, service by substituted means, service of notice by electronic means, the power of the judiciary to set up panels as interim measures to offset backlog of cases and costs awarded to counsels who deliberately delay cases.

She further added that the On Nigeria Project aims for an effective implementation of the ACJA/ACJL and an improved criminal Justice procedure on corruption cases which will equitably protect marginalized groups and the most vulnerable from the repercussions of corruption.

“The role of the Judiciary in the fight against corruption cannot be overemphasized and despite some challenges, it is evident that the judiciary can perform it’s role in the anti corruption fight if it’s efforts are adequately complimented by legislation,” Fatima however said.