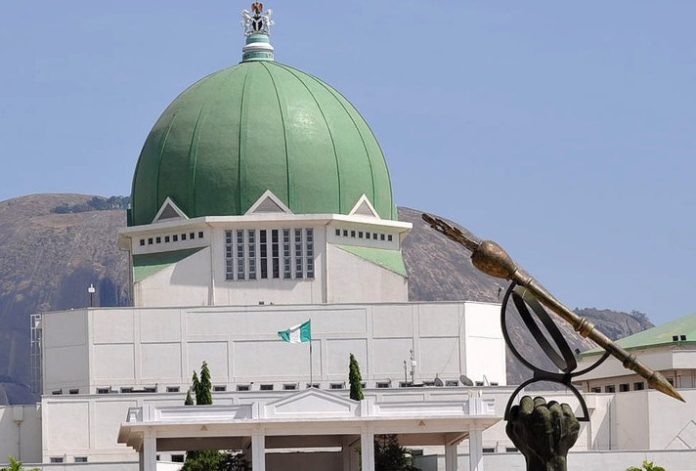 The much awaited constitution amendment is now with the State House of Assemblies.

The Clerk to the National Assembly, Arch Amos Ojo, had on March 29, 2022 transmitted 44 Constitution Review Bills to the Clerks of the State Houses of Assembly for concurrence.

The bills require the approval of two-thirds of State Houses of Assembly or 24 out of the 36 State Assembly to become laws.

There are far reaching decisions taken by the National Assembly on the bills which included the much talk- about financial autonomy for the state Houses of Assembly and the States Judiciary.

Also, the much-needed local government autonomy is waiting for the approval of the state house of assembly members.

During the last constitution amendment, the state assemblies voted against their autonomy, denying financial autonomy for the state’s judicial branch and local governments autonomy.

As shameful as that action was, the same bills have been repackaged by the national assembly and forwarded to the state house of assemblies.

The faster they act on the bills the better it would be as the bills will only survive with the present 9th assembly.

But calls for the State House of Assemblies in the country to pass the 44 constitution amendment bills sent to them by the National Assembly have intensify with the Nigeria Labour Congress (NLC), Nigeria Union of Teachers (NUT) and National Union of Local Government Employees (NULGE) saying that the LGs are not pot of soup for the Governors.

To this end, the unions are calling on the state house of assemblies to as a matter of agency pass the bills so that the Local governments can be freed from retrogressive acts.

The NUT chieftain who said they were initially reluctant in joining hands with NULGE to push for LG autonomy, added that they realised there is no development at the local government.

“There is no development at the local government that is why we are pushing for LG autonomy.

“Governors see local governments as their pot of soup. They want local government chairmen to be answerable to them. We will join hands with NULGE and NLC and others to ensure that LG autonomy is realised,” Akosile said.

The Chairman, FCT chapter of the NLC, Abubakar Hassan Yakub, said their stand on Local Government autonomy, Independent of the State Assemblies and the Judiciary is unchanged.

“LG autonomy, independence of legislature and of the Judiciary is non negotiable. All stakeholders must work hard and ensure that the constitution amendment becomes a reality,” Yakub said, adding that the 9th assembly has done their part, insisting that the state Assemblies must play their part too.

The NULGE President, Ambali Hakeem Olatunji, who said that all hands must be on deck to rescue Nigeria, added that local government autonomy should be of paramount importance in the constitution amendment.

He said the struggle to ensure good governance at the local government level must continue even after they are granted autonomy.

As it is now, Nigerians are waiting to see what the State House of Assembly members will do concerning the 44 bills sent to them by the national assembly.