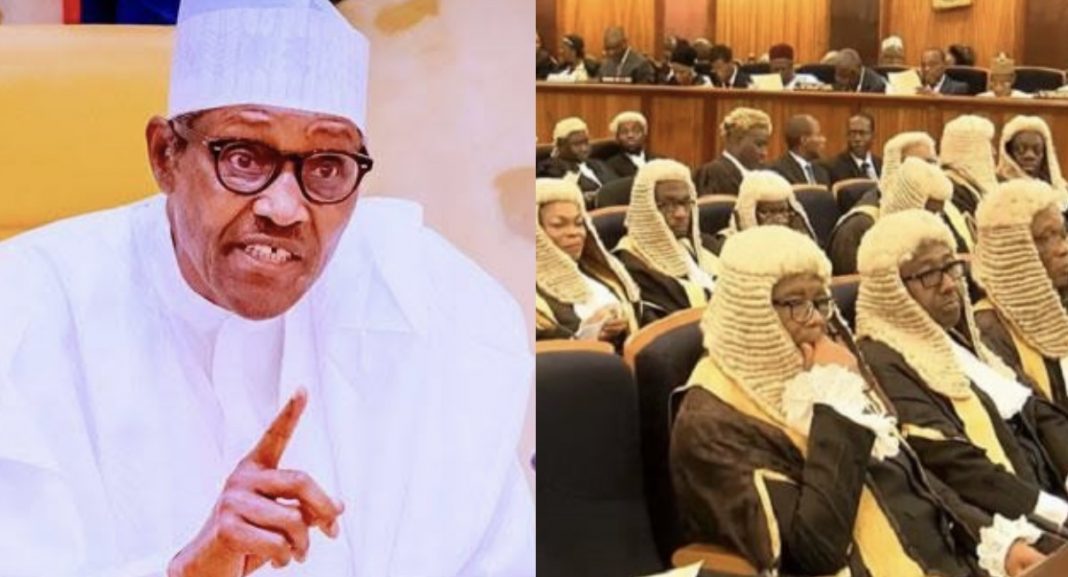 President Muhammadu Buhari has approved and ordered that measures be taken for immediate implementation of the enhanced salary and welfare scheme for judicial officers.

Mr Buhari made this known at the official inauguration and handing over ceremony of Nabo Graham-Douglass Campus of the Nigerian Law School, Port Harcourt to the Council of Legal Education.

This is contained in a statement issued by Dr Umar Gwandu, Special Assistant on Media and Public Relations to the Attorney General of the Federation (AGF).

Mr Buhari was represented by the AGF, Abubakar Malami, SAN.

The president directed the Chairman, Revenue Mobilization and Fiscal Allocation Commission and minister of justice to promptly commence measures towards realisation and implementation across the country.

“The initiatives were targeted at significantly strengthening the capacity and independence of the judiciary, which he said remained a pillar of strength and stability for the nation’s democracy.

“This administration will continue to support efforts to transform the judiciary, as part of a critical strategy, in ensuring a fair, progressive and prosperous society, with the rule of law as its cornerstone,” he said.

He, therefore, called on the judiciary to continue to uphold the ethics of their profession and operate with accountability and probity in the exercise of their judicial and administrative duties.

He equally charged the Council of Legal Education to sustain the trust by optimally maintaining and running the project in furtherance of the quest to improve and sustain high standards in legal education.

“The legal profession thrives on sound learning, ethical values, and good character: therefore, it is our abiding duty to sustain high standards for those on whose shoulders rest the future of both the bar and the bench’’.

Mr Buhari commended Governor Nyesom Wike of Rivers State and congratulated the people of the State and the entire justice sector family for the initiative.

He noted that the initiative culminated in the building and handing over of the new campus to the Council of Legal Education, Nigerian Law School.

He also commended the naming of the newly commissioned campus after Alabo Graham-Douglas, SAN.