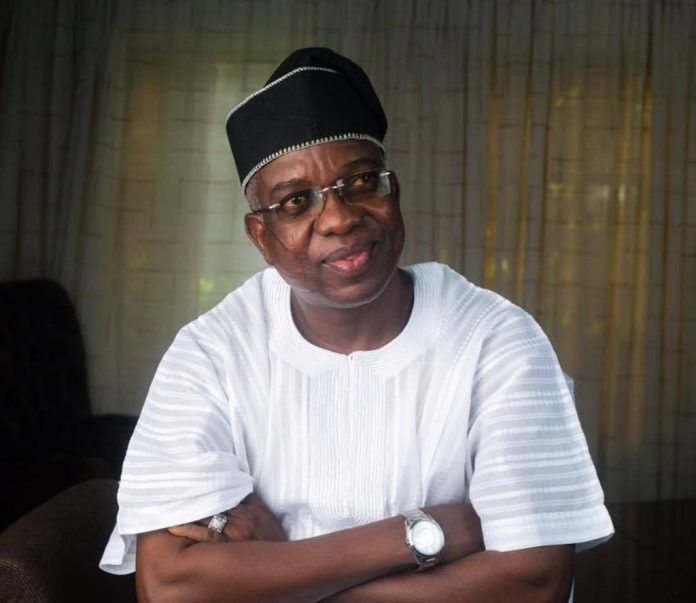 The Oyo State Deputy Governor, Rauf Olaniyan, has been removed by members of the State House of Assembly, following misconduct and a series of allegations levelled against him.

Olaniyan was removed by members of the House of Assembly on Monday.

It was gathered that the deputy governor was removed around 11:00 am by the lawmakers.

The report of the panel set up to investigate him was read by the Majority Leader of the House, Sanjo Adedoyin, from Ogbomoso.

The deputy governor was found culpable and indicted of all allegations and we complaints levelled against him.

The Assembly approved Olaniyan’s removal from office leaning on section 188 (9) of the 1999 constitution (as amended).

Olaniyan was elected in 2019 on a joint ticket with the incumbent Governor Seyi Makinde on the platform of the Peoples Democratic Party but recently defected to the opposition party, the All Progressives Congress in the state.

It was reported late June, that Olaniyan dragged the Oyo Assembly to court over the impeachment move against him by the lawmakers.

The deputy governor was represented in court by his counsel, Chief Afolabi Fashanu, SAN, in the case which came up before Justice Ladiran Akintola at the Oyo State High Court, Ring Road, Ibadan, on June 28.

The judge ordered that the Speaker of the State House of Assembly, Adebo Ogundoyin, and the Clerk of the House be put on notice before he adjourned the matter to June 29.

However, on July 6, despite the order by the Oyo State High Court restraining the state House of Assembly from going ahead with the impeachment process against Olaniyan, the Assembly directed the Chief Judge of the state to set up a seven-man panel to investigate the allegation of gross misconduct against the deputy governor.

This was contained in a motion jointly moved by the Majority leader, Hon Sanjo Onaolapo, and Hon Akintunde Olajide during the plenary.

Meanwhile, in a judgment delivered on July 14, the judge held that the impeachment move initiated by the lawmakers had not violated the constitution in any way, thereby dismissing the suit.

The court said the lawmakers substantially complied with the provisions of Section 188 of the Constitution on the removal process.

The court gave the lawmakers the go-ahead to continue with the impeachment process.

The Oyo State Assembly is largely dominated by the PDP, which must have made a battle against the deputy governor’s removal tough for the APC camp.