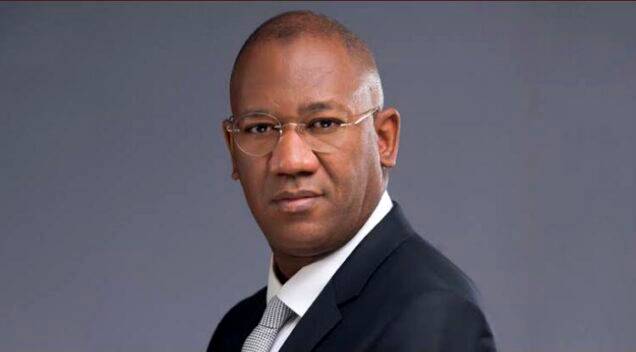 Labour Party, LP has hit back at the presidential candidate of the Peoples Democratic Party PDP, Atiku Abubakar, over his anti-Yoruba and Igbo comments.

In a statement via his verified Twitter handle on Sunday, Baba-Ahmed described Atiku as an ethnic bigot who cannot even unify his party.

He said, “What the average Northerner needs is somebody who’s from the North and also understands that part of the country and has been able to build bridges across the country.

“This is what the Northerner needs. It doesn’t need a Yoruba or Igbo candidate. I stand before you as a pan-Nigerian of northern origin,” the Adamawa-born former Vice-president said in a viral video.

Meanwhile, Atiku’s comments had since triggered mixed reactions from many Nigerians and presidential candidates including the ruling All Progressives Congress, APC.

In a statement on Sunday, the APC National Publicity Secretary, Felix Morka, said Atiku’s utterance is an attack on the country’s long-preserved national unity.

According to Morka, the PDP presidential candidate’s statement has shown his desperation to rule the country.

“Atiku’s words ring loud of extreme and mindless desperation and such an extremely desperate man cannot and must not be entrusted with the most important job of President – a job whose core duty is that of leading, uniting and working in the best interest of all in an ethnoreligious, pluralistic society as Nigeria. Our country does not need this kind of highly inflammable rhetoric now or ever.’’

The APC spokesperson said he wondered that, Atiku who claimed to be on a mission to unify the country could engage in acts that undermined national unity.