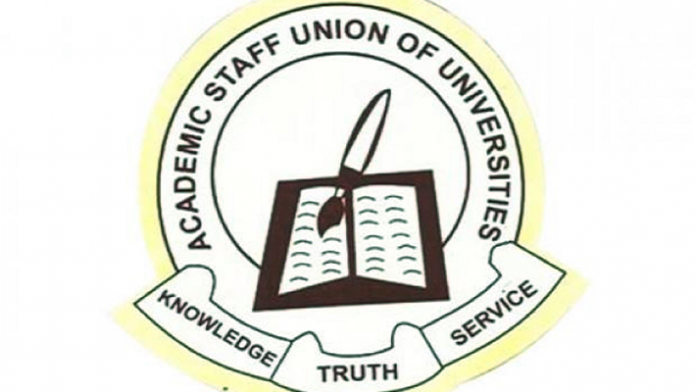 Members of the Academic Staff Union of Universities, ASUU, yesterday embarked on a protest to express dissatisfaction with the invocation of the ‘no work, no pay’policy of the Federal Government.

Recall that the federal government had said the lecturers who were on strike for eight months should be ready to forfeit their salaries in accordance with its ”no work, no pay” policy.

Members of the union in University of Lagos chapter, who locked down the campus by marching from the Julius Berger Auditorium to the main gate, also boycotted classes, as the day was declared lecture-free.

They called on Nigerians to tell FG that any attempt to casualise lecturers would spell doom for the university system and cripple it.

The Chairman, ASUU UNILAG,  Dr. Dele Ashiru, who condemned the ‘pro-rata’ payment of October salary to his members, accused the government of an attempt to reduce Nigerian scholars to casual workers.

While noting that the protest was to prevent any form of academic crisis, Ashiru said:  “What the government did is against the national labour law and we are trying to avert the resumption of another ASUU strike.

“The action of the union by suspending the strike was a display of manifest trust in the judiciary and other institutions and organs of government to always put national interest above all other considerations. This we believe as a union of thinkers, intellectuals, and patriots.

“Sadly, the treatment meted out to ASUU by the government has demonstrated they cannot be trusted. As the union has been using every means to negotiate with the government rather they keep deploring weapons to frustrate us and keep us in abject poverty.

“The government has starved us,they have breached the agreement entered since 2009, the Nimi Briggs committee recommendation which is UNESCO standard.  What the union has requested is the welfare of the lecturers, funding of education and IPPIS.”

The Chairman of ASUU, University of Ibadan chapter, Prof. Ayoola Akinwole, said their demand to the FG was for it to meet the demands of ASUU by first making full payment of October salaries, paying the 8-month salary arrears, adopting the UTAS payment system, increasing the net salary of academic workers, and providing adequate funding of tertiary institutions, among others.

“If the government really cares and is committed towards advancing the education sector, it would instantly meet the demands of workers,” he said.

The Co-ordinator of a civil society group, Joint Action Front,  Abiodun Aremu, who participated in the protest, said the target of the government was to cripple the education sector.

“The federal government always gives excuses on why they cannot fund education. But the same administration has spent billions of naira in other issues and allowances for many politicians.

“We completely disagree with the president on funding of tertiary education. The attempt to commercialise education is one of the reasons why the government is fighting ASUU If we allow a complete commercialisation of education, it will affect the children of ordinary people as many working class children will drop out of school,” he said.

Aremu said the  unions would join forces and declare mass mobilisations and strike.

He added:  . “We need to create a common front for all those who suffer under the current system. We need to build a mass workers political alternative because as things stand, the ruling class will continue to exploit and repress any resistance.

”If the government is allowed to get away with this attack on ASUU, this will affect all other workers in every sector of the economy. What we need now more than ever is unity of working class against the anti-poor policies and attacks.”