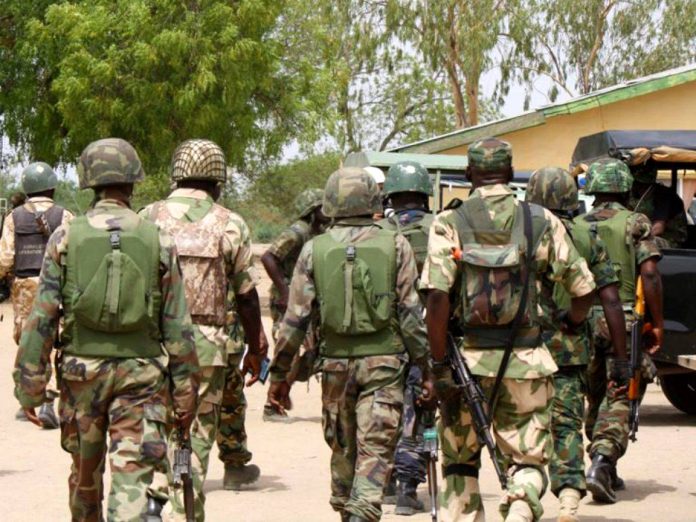 In a landmark appeal filed and argued by Chief Mike Ozekhome, SAN, the Court of Appeal, Abuja Division, in a unanimous judgement delivered on Monday, 31st October, 2022, discharged and acquitted Major Akeem Aderogba Oseni (N/12127) of the charge of manslaughter punishable under sections 105(A) of the Armed Forces Act, CAP A20, Laws of the Federation of Nigeria, 2004, in appeal NO:CA/ABJ/CR/764/2021, with charge no AHQGAR/GI/ 300/47.

The Court agreed with the argument of Ozekhome, that the Nigerian Army did not prove the offence of manslaughter against the Major.

The court wondered why Major Oseni would be convicted alone of the same charge having the same ingredients with the charge on which his co-accused had all been discharged and acquitted.

It would be recalled that On 23rd February, 2017, Maj Gen IM Obot (rtd), COS (Chief of Staff) AHQ Garrison had summoned Major Akeem Aderogba Oseni (N/12127) ( the Appellant), who was the Acting Commanding Officer AHQ GARRISON ST (Supply & Transport) (Field Officer for the week), to his office.

The COS told him and other officers that the Ag OC MP, had just reported an attempted jail break by Lcpl Benjamin Collins (deceased).

He therefore directed Major Oseni (N/12127) and other officers to take out the soldier, drill and relocate him to a separate detention facility within the Cantonment.

Aderogba and other officers in obedience to this lawful order, left his office, and jointly identified a new cell in the Admin cell blocks.

Thereafter, the CO Admin Battalion, instructed Ag Officer in Charge Military Police to handover the soldier to him for drill. Aderogba told his CO Admin that he would frog – jump, forward-roll and counsel the soldier.

The CO (Commanding Officer) nodded his head in affirmation. Major Aderogba then went to the detention facility in company of two other officers (Maj OU Osawe (N/12004), and Capt S Amosu (N/13041), both of AHQ Garrison.

Then, the Ag OC MP,handed over the soldier to Aderogba; and he drove him to the training shed where 2Lt Dogary (N/16390) was waiting to drill him.

Aderogba then handed the same order he had been given to drill the soldier, to his junior, 2Lt Dogary, while he sat there with Maj Osawe to supervise the drill.

Within few minutes of the drilling, Major Oseni counselled the soldier, and invited the CO Admin, who also admonished the soldier and ordered his return to the earlier identified facility; and he immediately complied.

Major Aderogba, during his routine checks as the field officer, was later informed that the deceased soldier had been struggling with his leg cuffs.

On seeing his condition, he summoned the Ag OC MP, who was in charge of the detention facility, and they both drove the soldier to Defence HQ Medical Centre,where he was confirmed dead shortly after their arrival.

Judgement was delivered on 7th February, 2020, sentencing Major Aderogba to ten years imprisonment. The sentence was confirmed on 24th November, 2020, by the Army Council.

Capt Amosu, Aderogba’s co-accused was acquitted at the point of sentence on 7th February, 2020. The other two officers who were also jointly charged with him were discharged and acquitted during confirmation by the Army Council, on 24th November, 2020.

Dissatisfied with the said judgment/findings and the confirmation of his sentence by the confirming authority, Major Aderogba, briefed Chief Mike Ozekhome, SAN.

The Court of Appeal in a unanimous judgement on Monday, 31st October, 2022, discharged and acquitted Major Akeem Aderogba Oseni (N/12127), of the charge of manslaughter punishable under sections 105(a) of the Armed Forces Act, CAP A20, LFN, 2004.

The court further agreed with Ozekhome that Major Aderogba was not found to have been reckless in the manner he handled the deceased soldier on his superior’s instructions, which he merely carried out.

From evidence available to the lower court by which was not properly evaluated, Major Aderogba did not intend to cause grievous bodily harm to the deceased as erroneously held by the trial court.

The court wondered why Major Oseni would be convicted alone of the same charge having the same ingredients with the charge on which his co-accused had all been discharged and acquitted.

The court found merit in the appeal, allowed it, and accordingly discharged and acquitted Major Aderogba of the charges.