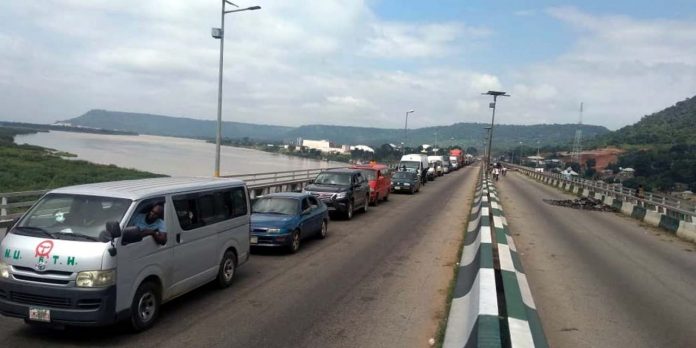 Passengers were on Wednesday evening abducted from an 18-seater bus at Ochonyi-Omoko village along the Abuja-Lokoja highway in Kogi State.

The incident happened around 8pm, according to a passenger, Benjamin Isaac, who escaped from being abducted by the bandits.

He alleged that the attackers hid in a bush and opened fire on the moving vehicle, deflating the back tyres and forcing the car to a stop.

He explained, “They opened fire on back tyres which forced the driver to lose control. When the driver veered off the road, the gunmen came out of hiding and ordered all the passengers to come out. They led us into the bush at gunpoint.”

Isaac said he miraculously managed to escape from the scene with other passengers and ran into the bus to avoid being abducted by the bandits.

A vigilante, who sought anonymity confirmed the abduction, saying he was performing ablution nearby when he was startled by the gunshots.

He added that immediately after his prayers, he reached out to his colleagues and mobilised to the scene, stressing that they discovered a bus abandoned by the roadside without passengers inside.

He explained that was when they discovered that some passengers from the bus were abducted, saying that he and his colleagues were still combing the forest to trace the gunmen and rescue the victims.

DSP Williams Ovye Ayah, the spokesman of the Kogi State Police Command, did not respond to calls put across to him to confirm the incident as of the time of filing this report.