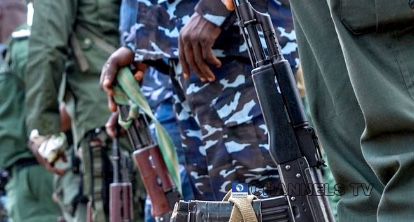 MAIDUGURI — No fewer than 389 police officers have died fighting Boko Haram terrorists in Borno State in the past 11 years, the State Police Command, has said.

Borno is one of the worst-hit states in the Northeast as Nigeria battles the decade-long insurgency that has ravaged many people and displaced several others.

Speaking during the inauguration of the newly constructed police station and barracks at Beneshiek, the headquarters of Kaga LGA of the state, the state Commissioner of Police, CP Abdu Umar, said 450 others were injured in the war against the insurgency.

According to the CP, over 24 police barracks and 30 stations were razed or destroyed, while several pieces of equipment were carted away or destroyed by the terrorists.

“It would be recalled that at the height of the insurgency, precisely between 2011 and today, over 30 Police Stations/Formations and 24 Police Barracks were burnt or destroyed by insurgents,” he said.

“389 Policemen lost their lives, over 450 Policemen were injured while several pieces crime-fighting equipment were carted away or burnt. The losses suffered by Borno State Police Command attracted numerous interventions amongst which we are witnessing one of such interventions today.”

Umar commended the efforts of Governor Babagana Zulum for rebuilding some of the vandalised police stations across the state.

He also lauded the Inspector-General of Police, Usman Baba-Alkali, for his intervention towards providing a conducive working environment, stressing that the Borno State Police Command would ensure proper utilisation of the facilities for maximum results.

The police boss appreciated donor and development organisations for their contributions towards rebuilding destroyed police facilities.