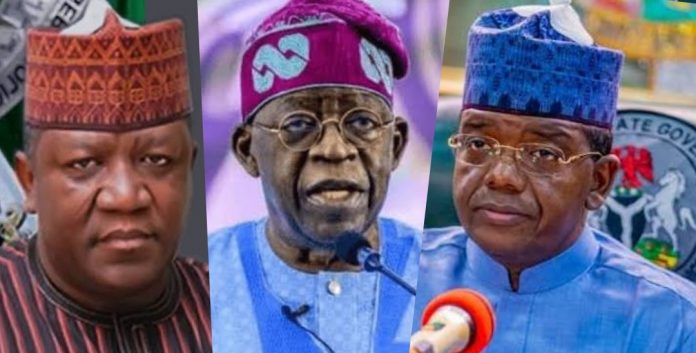 Ex-Governor Abdul’aziz Yari says the Zamfara electorate is willing to vote for the All Progressives Congress (APC) presidential candidate Bola Tinubu in the 2023 general elections.

Mr Yari also stated that the electorate was ready to give Governor Bello Matawalle a second mandate in 2023. He stated this on Sunday in Talata Mafara town, Talata Mafara local government area, at a grand rally for his candidature of Zamfara West senatorial district.

The rally was organised by the Yari’s Campaign Organisation under the leadership of former state APC chairman Lawal Liman.

He called on the electorate in the state to vote for all APC candidates in the 2023 elections.

“The large turnout of the APC rally today in Talata Mafara indicated that Zamfara people are strongly behind APC. All Nigerians should vote for APC at all levels to continue with meaningful developmental projects initiated at levels,” stated Mr Yari.

According to him, Messrs Tinubu and Matawalle have good plans to move Nigeria and Zamfara forward.

Mr Yari commended the event’s organisers and APC supporters for attending the event, saying, “I am highly impressed with the large turnout of APC supporters.”

He described his reconciliation with Mr Matawalle and other party stakeholders as a recipe for victory for APC.

The former governor said all the party stakeholders in Zamfara were now united in a progressive team.