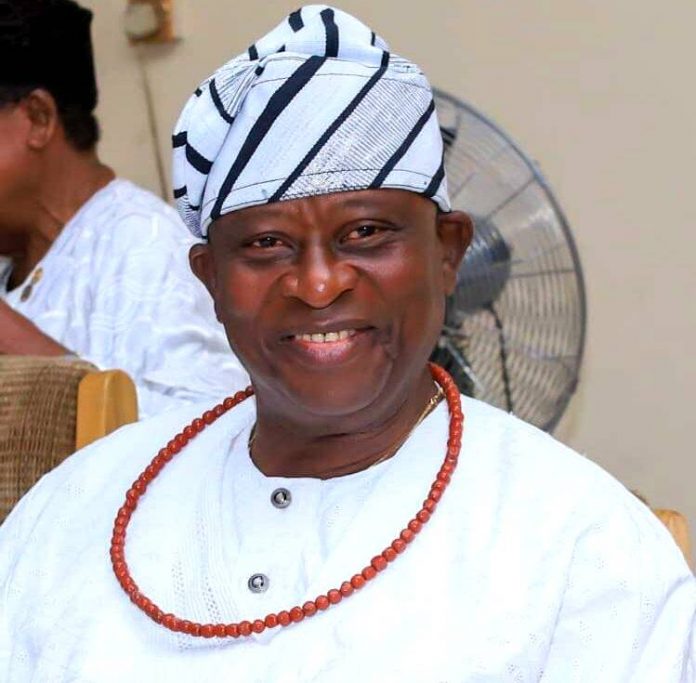 Social Democratic Party, SDP, Governorship Candidate in Delta State, Olorogun Kenneth Gbagi, has told the Arewa Consultative Forum, a group of northern elders and leaders, that the South would not assent to the North succeeding President Muhammadu Buhari in 2023.

Gbagi, a former Minister of State for Education, who accompanied the SDP Presidential Candidate, Adewale Adebayo, to the Arewa joint committee and interactive session with presidential candidates in Kaduna, weekend, insisted on North-South power rotation.

Stating there was untruthfulness in the relationship between the north and the south, he said: “There was an agreement, which of course is sacrosanct, and it is one term for north, one term for south irrespective of the party. North is finishing now; south will have to do its turn. It will come back to the north later and in that way, the best material between the two sides will emerge.

“We will not agree that we finished from the north, we go back to the north and the north again. You are telling me indirectly that my grandchildren will never be president of Nigeria.

“I was among the founding fathers of the People’s Democratic Party, PDP. It will interest you to know that I cut my teeth in the 1999 election when, in 1998, we brought PDP to be. One issue that has destroyed our common relationship and goodwill of living together is serious deceit.

“If we were all to agree as a country that what we need is, integrity and character, Nigeria would have moved on and all these issues we have would not have happened. We agreed on one term, north, and one term, south.

“We all have families, whether north or south. The dishonesty in this relationship is that the north is finishing now; it is the turn of the South. It will not matter whether Adewale is a member of my party or Obi is a member of another party. These are the two presidential candidates from the south.

“If we commonly agree that the country is owned by all of us, then we must agree on the way we want to go.

“We had an agreement, if we do not plan; it means we are planning to fail and to fall. All of us on this side of the divide have seen it all. We should allow our children to see what we have seen.

“If we look at it, it is only two political parties in the country, today, that should run the election for 2023. Having reached that arrangement of one north, one south, I think the party that matches that arrangement is the SDP, which all of us here, whether our fathers, mothers, brothers, and uncles are all SDP members.

“SDP is the only party in Nigeria that held the freest and fairest election and won by the late Chief Moshood Abiola. We are asking Nigerians to give us the opportunity as SDP members to produce the next president.

“If you are, to be honest to yourself, how are you going to stop Boko Haram, insecurity, education, and health? We just have to go back to the drawing board where we lived together as a people.

“I have this to say to the Arewa and northern Nigeria. I am from Delta state and am privileged to be a minister in Nigeria.

“It will interest you to note that I brought about the 13 Universities created in my time as a minister of education. Looking at that seriously, I realized at the time that northern Nigeria needed nine universities to meet up with the shortfall of universities that were in Nigeria.

“Then, the southern part of Nigeria needed only four universities. We ran the country with the interest of growth and development of the country as the uppermost, without looking at where we come from.

“What I have to say here, today, is that in my considered opinion, I believe we should examine Nigeria, particularly where we started. When the #Endsars reared up less than a year and a half ago, they did not recognize north, south, west, or east, it was a catastrophe,” he said.