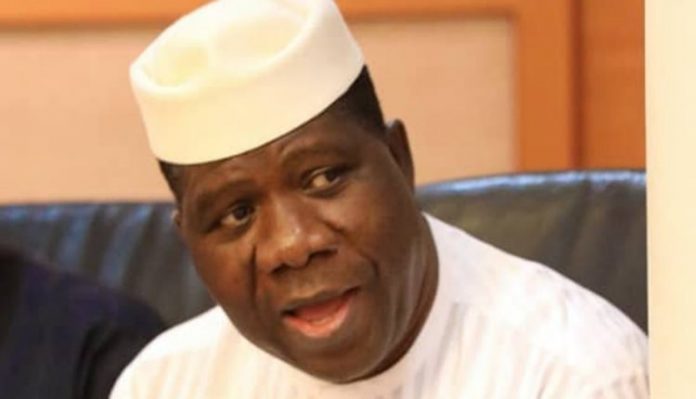 Senator Opeyemi Bamidele, Chairman of the Senate Committee on Judiciary, Human Rights and Legal Matters on Tuesday said the rotation of Nigeria’s presidency between the Northern and Southern Nigeria is legal as it is recognised by the 1999 constitution, as amended.

Citing section 14 of the Nigeria constitution, Bamidele, who is also an All Progressives Congress (APC) chieftain, however, said the rotational presidency amongst political parties is legal and constitutional recognised.

There were reports last week that the National Chairman of APC and former Nasarawa State Governor, Senator Abdullahi Adamu said the party was yet to zone its presidential ticket ahead of the 2023 general elections.

The statement has, however, elicited negative reactions from politicians from the Southern part of the country.

It could also be recalled that the opposition People’s Democratic Party (PDP) are still battling either to zone its presidential ticket or throw the race open for all its 17 aspirants to taste the water.

While speaking in Ado-Ekiti, Ekiti State, yesterday during one of his empowerment programmes for his constituents across the five councils in the zone, Sen Bamidele who represents Ekiti Central, described the agitation by the South to succeed President Muhammadu Buhari in 2023 as legal and constitutional.

The Senator representing Ekiti Central Senatorial District while speaking with newsmen in Ekiti State on Tuesday described the agitation for the presidency from politicians of Southern extraction, as a legitimate request.

He said, “Rotational presidency is legitimate and constitutional. Let me state that Section 14 and various sections of the 1999 Constitution, as amended, state that no section of the country should dominate others in terms of positions.

“Let me also state that the primary concept of governance is the welfare and good governance. The section emphasises that Nigeria shall not be governed in such a way that any particular section will have a domineering advantage over others.

“Though the constitution does not say specifically about rotation, logically and through various judicial interpretations, allowing it to rotate is legal and constitutional.”