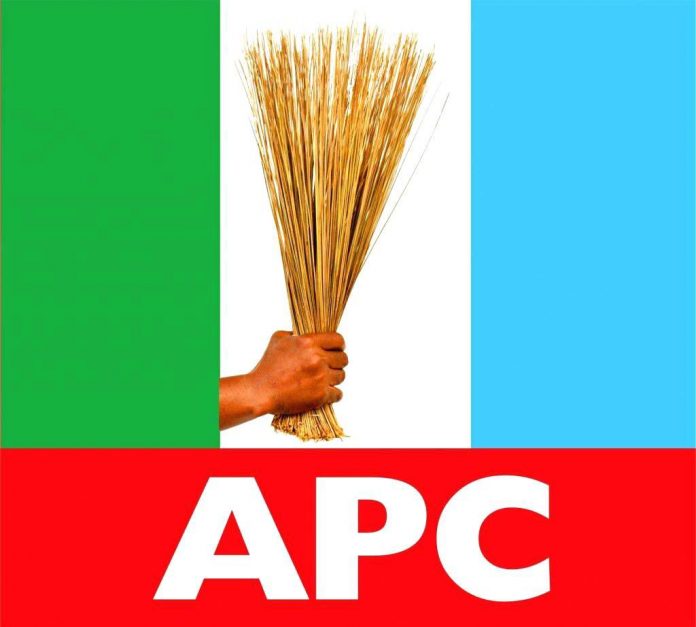 Barring any last-minute change of plans, the ruling All Progressives Congress, APC, would formally flag off its 2023 presidential election campaign on Monday, October 10, in Abuja.

The development comes as the party and its campaign council gears up to receive its presidential candidate, Asiwaju Bola Ahmed Tinubu, back to the country.

It was reported on Tuesday that Tinubu, who had been in London for some days, is expected back to Nigeria within the week.

Noting that it had already begun campaigns in several states of the country, it said the October 10 Abuja flag-off is however dependent on when it formally inaugurates its Presidential Campaign Council PCC.

Also, faced with partisan attacks on the health status of Tinubu, the APC has challenged presidential candidates of the country’s main opposition Peoples Democratic Party PDP, Atiku Abubakar and that of Labour Party LP, Mr Peter Obi to make public their own medical records for effective scrutiny.

The party leadership also pacified its Rivers state chapter, which had threatened to ditch her over allegations that Southwest leaders of the party were hobnobbing with the PDP Rivers state Governor, Nyesom Wike to the detriment of the local APC.

Director, Media and Publicity of the APC Presidential Campaign Council, Mr Bayo Onanuga, told Vanguard yesterday that the campaign is a marathon and had already begun in Lagos, Katsina, Benue, Kogi and several other states.

He said for now, the tentative date for the Abuja flag-off is October 10 but that the PCC secretariat is still working on accommodating all interests to ensure a fair representation of all geopolitical zones on the council.

“The campaign, which is a marathon has started in many states such as Lagos, Katsina, Benue, Kogi, Oyo, Ogun. The flag off in Abuja is tentatively put at 10 October, but it will depend on when the PCC is inaugurated.

Also speaking in the same vein, National Publicity Secretary of the Party, Felix Morka said as the ruling party, APC does not have to rush into campaigns like other parties, saying it has fine-tune its strategies.

He said; “Our campaigns are ongoing already. Even though it is yet to be formally and globally inaugurated, but you know, make no mistake, the units and at ward levels in the local governments and states, efforts are underway. People are really bursting with energy to hit the road.

“The foremost symbolic thing will be done and the fact that we didn’t do it on the first day of the campaigns doesn’t take away from the seriousness with which we are going to attack this programme.

“As a matter of fact, again, we are also very keen not to have our voice and our efforts lost in the cacophony of the rest of the parties. So, we are taking our time and within a few days, we will get it right.

“By the way, I think we are actually entitled to take a bit of our moment to really fine-tune how the process should be as the largest party on this continent.

“There is a lot of activities at the polling unit level; like me who comes from Delta state, my phone is constantly buzzing with people trying to get involved in the unit and up to ward levels, local government, and state levels. So, what we did was not just at the national level. That is not what really matters. But at the unit level, people are filled with this enthusiasm to get involved because they know and are confident that we are going to succeed and that is not something about Abuja and the national presidential campaign council but also of the wards, units, local governments, and the states as well.

“The fact is that when you try to put together a campaign council for a ruling party, a party of over 40 million people, that is no joke. And in any event, this is a campaign council that every member of our party wishes to be involved in.

“What you are seeing is an overload of interest and enthusiasm and the desire of party men and women to be involved in the process. Those who call it a problem, I call it a sweet problem. That is what it is. I rather have that problem where everyone wants to be involved in the council than to have a problem where no one wants to be involved in the council which is the case for our own key opposition party the PDP. Many of those who were listed and given eminent positions in their campaign council say they are not interested. We have a situation where everyone in our units in our wards wants to be involved, but you know not everyone can be listed as a member of the campaign council otherwise, it becomes unwieldy and unmanageable. It is a sweet problem that we are trying to resolve”, Morka added.

On the health status of Tinubu, the APC spokesman described him as fit as a fiddle.

He challenged both Atiku and Obi to make their own health records public.

“Our candidate, Asiwaju Bola Tinubu is as fit as anyone. I am not saying this to be political. For the purpose of this discussion, you have raised the question of his health.

“What I am saying from my knowledge even though I am not a medical doctor, from observing him for being around him, engaging with him, and many times over the last few months that I have been at the campaign council, in meetings with him and observing him meeting with others, his schedule will make anyone else think that they are as fit as a fiddle to actually get dizzy.

“I have been around him for six hours uninterrupted. I have watched him go to meetings back to back and walk people to the door as they leave. We can have a conversation about the body being old or aged or being challenged while the mind is still very fit. We can have that conversation, but the point I am making is that from the question you asked, all I can say is that for a man of his age, Bola Ahmed Tinubu is strong and has his wits about him. Physically I have seen him pray. Not even people of my age or your age.