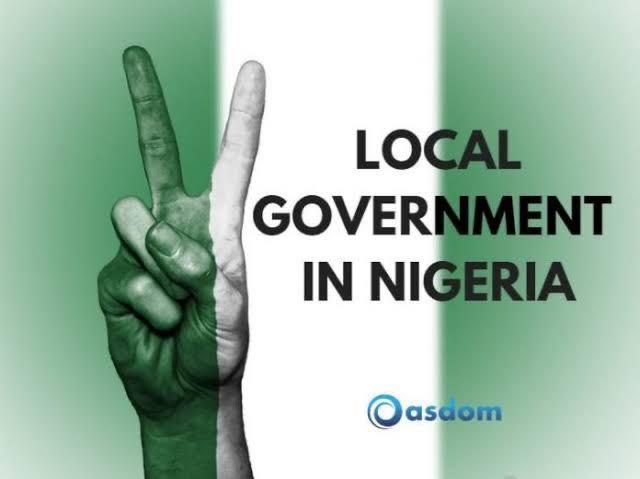 They’d be on hand to render necessary legal advisory services to their local governments.

They could take steps to set up (citizens) ADR/Mediation Centers at the LG level, as well as render other legal aid/advisory services aimed to help the local community or to make justice more affordable and easily accessible by local inhabitants.

Establishing a Legal Department at the LG Level would tremendously reduce the pressure of having all lawyers striving to settle down only in major cities, such as Lagos, Port Harcourt, Kano, Onitsha, Aba, Ibadan, Jos, Abuja, Enugu City, Uyo, Warri, Calabar, Kaduna City, etc; lawyers employed by the various local governments would have to relocate to the local council headquarters where they’d live and operate from, with their families.

Establishing a Legal Department at the LG Level would bring Lawyers and Legal Services closer to the people at the grass-root; residents of local communities would no longer need/have to travel to the major cities in order to get the services of lawyers to draft their various agreements, contracts, or to render other legal advice.

Lawyers in the LG Legal Departments would, apart from attending to the legal needs of the Local Government Councils,  assist in prosecution of some cases, especially in courts located within the local council areas. This would minimize involvement of law prosecutors in criminal prosecution. Lay police officers` and non-lawyers`continued involvement in criminal prosecution in Nigeria, is partly responsible for the worsening cases of awaiting trial cases and prison congestion in the country. Because of their professional limitations in this area, so many of the so-called police prosecutors are not able to match or withstand the legal firework of professionally qualified lawyers who act as defence counsel in courts during criminal prosecutions; these lay police officers and non-lawyers hardly understand the intricacies of formal courtroom proceedings and trial procedure, and more often than not, have very little or no preparation prior to their court appearances. It could therefore be seen that the clamour for extrication of lay policemen from criminal prosecution is primarily not targeted at creating more jobs for lawyers, but rather at leaving criminal prosecution in the hands of qualified personnel (lawyers) who alone understand the law and are well able to match the expertise of defence counsel in court, in order to ensure that justice is dispensed in good time and more effectively.

Gradually, from among these lawyers who are LG Legal officers, some Magistrates or even judges are appointed, just as is done at the state level.

Establishing a Legal Department at the LG Level would redress the existing inequity and unfairness at the Local government level. The following departments already exist in all the LGA’s in Nigeria: Education, Health, Agriculture, Finance, Information, and Works. It’s gross marginalization against the legal profession that there’s not yet a legal department in all LGA’s Nigeria. This obvious anomaly, which has wrought huge havoc, considering the undeniable importance of law and lawyers in society, needs to be be urgently corrected to provide the needed balance that would make lawyers more relevant to society and move society forward.

B) Stakeholders To Make This All-Important Project A Reality:

The Nigerian Bar Association (NBA) at both the National and Branch levels: NBA has responsibility to set the ball rolling. Indeed, if the NBA does nothing, nothing happens.

Attorneys-General of the various states in Nigeria.

The Chief Justice of Nigeria.

The President of the Court of Appeal.

The Chief Judge of the Federal High Court and the President of the National Industrial Court of Nigeria.

The Chief Judge of the Federal capital High Court and the High Courts of the various States in Nigeria.

The House of Assembly of the various States in Nigeria.

The Nigerian Governors` Forum and the Governors of the various States in Nigeria.

C) Conclusion: What Does This Take As A First Step?

It starts with an amendment to the Local Government Law of each State, to create a Legal Department in the LGA’S in the state. This is long overdue. Provision of necessary logistics and support infrastructure would then follow. This writer believes that there would be business enough for lawyers in Nigeria only if the lawyers could, by themselves and working hand in hand with their Bar Associations, put their acts together and stand up to do something concrete and constructive for themselves and their profession. Time for action is now; there is no time to wait or waste because time will never be right. Barack Obama said, “the change we desire will not come if we wait for some other person or some other time. We are the ones we’ve been waiting for. We are the change that we seek.  A stitch in time saves nine.