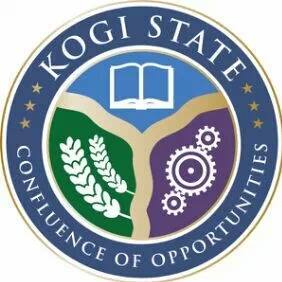 The government, however, dispelled rumours that Soje took his life because he was being owed salaries.

The Kogi State Head of Service, Deborah Ogunmola, in a statement on Sunday urged the media to be responsible in its reportage as there was no evidence that he committed suicide because he was being owed salaries.

Ogunmola, who claimed to be related to Soje’s wife, said his salaries were delayed because of age falsification.

She said despite being indicted, the state government was merciful enough not to dismiss him even after he had confessed on video.

The head of service further stated that it was unlikely that Soje killed himself over unpaid salary because he had been listed among those who would receive six months arrears.

The statement read in part, “The Kogi State Government is saddened in no small measure by the alleged suicide of Mr. Edward Soje, a level 16 officer and director in the Kogi State Civil Service. He was attached to the Teaching Service Commission.

“I am appalled by the media reports on Edward Soje’s death and the certainty by the media that he committed suicide and that he did it due to non-payment of his salaries by his employer, the Kogi State Government.”

“For the records, these are the facts surrounding Mr. Soje’s employment with the Kogi State Government: He continued to receive his salaries till December, 2016 even while the Staff Screening and Verification Exercise was ongoing.”

“His pay was stopped after proof emerged that he falsified his age records. His confession to the offence is on video.”

“Following engagements with Labour which spanned several months, the Kogi State Governor magnanimously commuted the disciplinary action due against certain categories of offenders by grant of pardon. Mr. Soje fell into one of the categories.”

“Pardoned staff were processed for reinstatement and payment in batches. Mr. Soje was in the September 2017 batch and he was aware of this fact.”

“The Kogi State Teaching Service Commission where he works has forwarded a template for payment to Government and Mr. Soje was aware that he was listed to receive six months back pay, leaving only two months (August and September) outstanding.”

“Edward Soje was not just my staff; he was also married to my sister-in-law. His death is shocking, both as one related to him in some way, and one responsible for him in an official capacity.”

The head of service said she met with the deceased a few days before his demise and the attempts being made to resolve his salary issue.

She said there was no hint of this horrible decision in his demeanour neither did he appear as one who was depressed, let alone contemplating suicide.

While condoling with the family, Ogunmola urged the media to always verify facts before going to press.