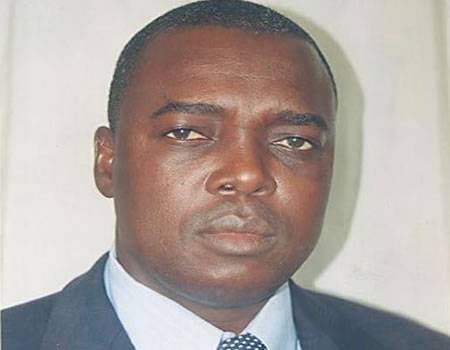 An application filed by a serving judge of Federal High Court in Bayelsa, Justice Hyeladzira Ajiya Nganjiwa seeking for a stay of proceedings in his trial over alleged N81,705,000, corrupt enrichment was yesterday (06/10/2017) thrown out by a Lagos State High Court sitting at Igbosere.

Justice Adedayo Akintoye in a ruling said that the application by the defendant, was unmeritorious. Akintoye described Nganjiwa’s application as a delay tactic adding that the trial of the defendant would continue while the outcome of his appeal at the appellate court was being awaited.

Nganjiwa is standing trial on a 14 counts charge of corrupt enrichment preferred against him by the Economic and Financial Crimes Commission (EFCC).

He had pleaded not guilty to the charge when he was arraigned before the court on June 23.

At the resumed hearing of the case yesterday, his counsel, Chief Robert Clarke SAN, urged the court to stay proceedings in his trial pending the Court of Appeal’s determination of his application challenging the high court’s jurisdiction to try him.

“Whatever powers this court possesses is subject to the Constitution, it is an application challenging Your Lordship’s jurisdiction.”

He argued, relying on the Constitution, statutes and case law, that the court was bound to refrain from further action on the case, particularly since, according to him, the appeal was set in motion before the defendant took his not guilty plea.

Clarke said: “As of today, the Court of Appeal is fully seized of this matter. In those days when we were younger, if a lower court disregarded the judgment of a higher court it was called judicial rascality.”

He contended that the application was Constitutional and the issue involved was “a grey area of the law.”

Clarke added: “We urge Your Lordship to err on the side of caution and, in the interest of justice, grant the application.”

In his submission the prosecuting counsel, Mr Wahab Shittu, who appeared in place of Mr Rotimi Oyedepo, opposed the application, declaring it a time wasting ploy.