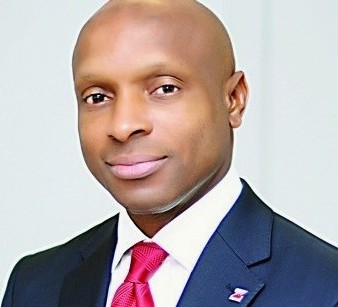 The Managing Director/CEO of Zenith Bank Plc, Mr. Peter Amangbo, has revealed that his bank, one of the 13 Nigeria lenders that loaned 9Mobile (formerly Etisalat Nigeria) $1.2 billion for its network expansion and upgrade, has made a provision on 30 per cent on its loan to the network operator.
Amangbo told Reuters Monday of the latest development.

“We have taken about 30 per cent as a provision which we believe is very prudent as the company (9Mobile) is undergoing restructuring to prepare for a new investor,” Amangbo said in a conference call.

Providing further clarification, a senior official of the bank informed that, though Zenith Bank had made provisions for a collective impairment charge, it was not specific to any customer since the 9Mobile loan had not gone bad.

“We had a conference call with investors yesterday and explained that a collective impairment charge was made by our bank, which was not specific to any customer.

“Also, this was not done because the 9Mobile loan is a non-performing loan since the company is being restructured, but the general provisioning was done because we were being prudent and in order to recognise the deterioration of the macroeconomic environment brought on by the recession,” he said.

Nigerian regulators had stepped into the debt crisis to save the teleco, which has since changed its brand name to 9Mobile, from collapse and prevent lenders from placing the country’s fourth biggest network operator into receivership, prompting a board, management and name change.

9Mobile had taken a $1.2 billion loan from a consortium of 13 banks in 2013, but struggled to repay the loan, citing the economic downturn of 2015-2016 and naira devaluation, which negatively impacted on the dollar-denominated component of the loan.

Last week, Zenith Bank reported a pre-tax profit of N92.18 billion for its half year against N53.91 billion a year ago.