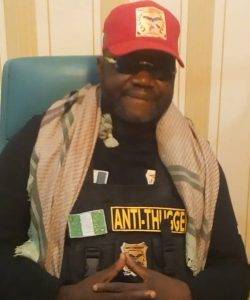 The Zamfara anti-thuggery committee on Monday cautioned politicians in the state against using local vigilance group popularity known as Yansakai for their selfish interests during the political campaign rallies in the state.

The committee’s chairman, Mr Bello Bakyasuwa, made the call when he visited some anti-thuggery personnel attacked by suspected local vigilance group at the Federal Medical Centre, Gusau.

Bakyasuwa disclosed that six  personnel were attacked by some members of a suspected local vigilance group allegedly sponsored by some politicians.

“You know after every campaign rally of both political parties in the state, we stay behind to avoid destruction of properties by thugs.

“Six of our personnel were attacked after the All Progressives Congress (APC) governorship campaign rally on Monday in Maru Local Government Area,” he said.

Bakyasuwa said that the six injured personnel who were admitted at the emergency centre of FMC, Gusau,were responding to treatment.

He said: “All of them sustained serious injuries at various locations of their bodies.

“We condemn this ugly act, we would not allow such unlawful activities to continue in the name of politics”, he vowed.

According to him, Gov. Bello Matawalle established the committee by his Executive Order 2, to tackle thuggery, drugs abuse and other related offences across the state.

“Few months ago after our establishment, we recorded tremendous successes in reducing  thuggery and other related crimes in the state.

“We learned that some unpatriotic politicians were not happy with the development,” Bakyasuwa said.

He appealed to Zamfara government to regulate activities of local vigilance group, adding, “this is because they are now a l threat to the sustainability of peace and stability in the state.

“I am therefore calling on politicians in the state, irrespective of political parties to shun any act that may disrupt peace and stability in the state,” he said.

Bakyasuwa further said that the committee would not take it lightly with anyone found using such vigilance groups to cause a breach of the peace of the state.