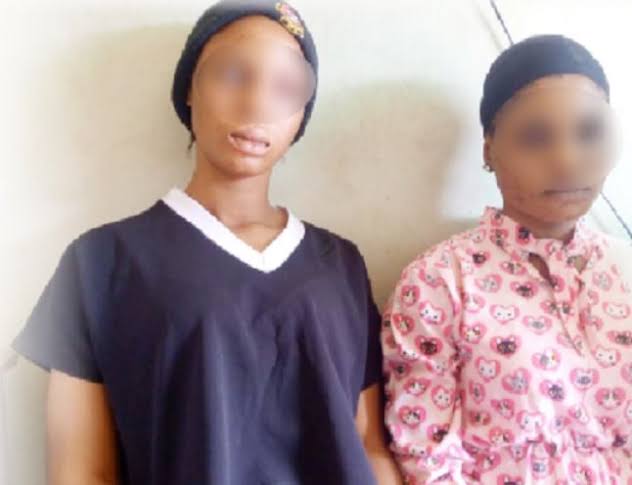 Two young woman have been reportedly raped by a tout in a Lagos suburb.

The alleged r*pe of the two female workers of a betting firm by a hoodlum in Orile Agege, a Lagos suburb, has sparked an outrage.

The two female sales representatives of a betting franchise company are crying out for justice over the inability of the police to apprehend the suspect identified as Kola a.k.a. Federal, who was alleged to have violently defiled them on December 27, 2022.

The two girls (names withheld) had closed from work and were returning home around 10pm when the suspected r*pist and his gang ambushed and r*ped them.

“What happened was that we closed from work around 10 pm on Olurinde Street, Orile Agege, Lagos and crossed over to Amoo Road and trekked to get a commercial motorcycle otherwise called okada while our boss waited to see that we moved out of the vicinity,” one of the victims, a 23-year-old, said.

“When we flagged down an okada operator, we didn’t know that a young man who had earlier visited our office to charge his phone was still lurking around in the adjoining axis of the road.

“He suddenly emerged from the dark with a machete and threatened to attack the okada man we had flagged down, prompting the motorcyclist to flee out of fear.

“We then decided to trek some distance in order to get another okada operator around Amoo Street when Kola a.k.a. Federal and his boys attacked and brutalised us.

“We were begging them but they held us down with weapons and scared away those who intervened and tried to dissuade them from molesting us.”

The victims said Kola and his boys turned down their pleas and led them to a makeshift building near the suspect’s family house where they were r*ped until close to midnight.

“He started raining curses on us and said that he would r*pe us and nothing would happen. We begged him and his boys not to carry out their threats but they refused.

“He then ordered that we be taken by his boys to his family house on Adejobi Street, Orile Agege where a lot of hemp smokers were binging and r*ped my friend while his boys held me down with machetes.

“When he was done with my colleague, his boy dragged me into the dingy room and he r*ped me too.

“He and his boys then seized all the items and  started mocking us, saying that we were stinking and had not been having our bath.

“When we sighted a police patrol team, he ran off with his boys. And when the policemen flashed lights on them he and his boys resisted the policemen.

“We hid in an uncompleted building from where we called on our boss who instructed our manager to come with his car and take us away from the spot.

However, the victims said the police were yet to apprehend the suspect despite having his details, weeks after they were allegedly r*ped.

“Since then, policemen have been looking for him. We have been to his family house where his family members confirmed that he has been doing the same thing to so many girls lately and that he does not live in the house but stays somewhere around the Ile Epo axis of Orile Agege.”

Speaking on her plight, one of the victims said the police must bring the suspect and his boys to justice as she was still highly traumatised by the incident.

She said: “I was a 20-year-old virgin until I was r*ped by Federal. When he was done, he gave me a cloth to clean myself and mocked me, saying that I was a dirty girl.

“He ran off when we cried out to a police team on patrol. Unfortunately, the policemen could not really do much to help us because he and his gang resisted the policemen.

“I want the policemen to arrest and prosecute the man that r*ped me because the incident will remain in my memory for life.

“He is a tout, but everything  in this life has a limit and I want him to suffer for what he did to me and my colleague.”

Meanwhile, outraged residents have berated the police for exhibiting tardiness in the investigation of the case, which they claimed had helped the suspect to escape justice.

A community leader, Chief Amos Oladokun, said Federal and his boys are known to operatives in Agege, hence they have not made any attempt to apprehend him and his gang members.

Oladokun said: “Kola a.k.a. Federal and his boys are notorious touts, and this is not the first time they would be perpetrating a crime like this.

“They have molested a lot of girls and assaulted residents who tried to either persuade or reprimand them for their indiscretions.

“The case of the two girls who they r*ped in December was the height of it, and as concerned residents, we are disturbed that the police have yet to apprehend Federal and his boys for prosecution.

“If you visit his family house in this neighbourhood, you would see how the place has been turned  into a haven for hemp smokers and urchins, and that is the scene of the crime.

“Yet they have never been arrested by the police because they know the policemen attached to the Elere Division.

“He fled for a few days after he committed the crime but has since returned to the neighbourhood and we are worried that the law enforcement agents who are aware of the crime  have refused to act appropriately by arresting him. It is sad.”

In her remarks, a leading female resident, who pleaded anonymity,  explained that the reluctance of the police to arrest Federal and his boys would continue to embolden him to continue in his dastardly acts.

“Federal (Kola) is not bigger than the law of this country. They have been terrorising this community for a long time and we residents are helpless.

“He had been reported to his family but they could not rein him in. In like manner, his activities have been brought to the attention of the law enforcement agents without any action taken to reprimand or arrest him.

“This is the time for the police to really bring him to book and free us from his grip before things get out of hand.”

Contacted, the Public Relations Officer (PRO) of the Lagos State Police Command, Mr. Benjamin Hundeyin, had at press time not responded to the enquiries sent to his mobile phone by our correspondent.