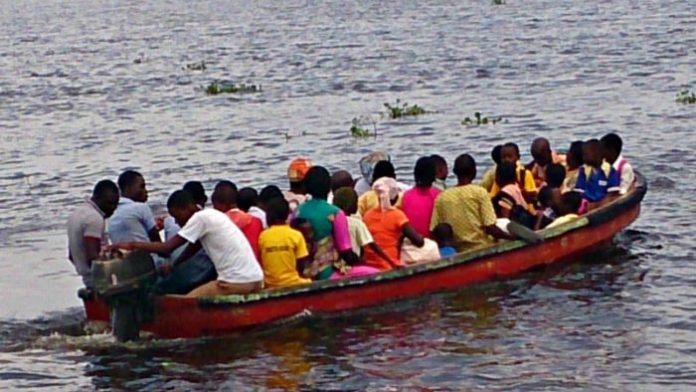 A Federal High Court in Lagos on Friday affirmed the power of the Lagos State Government to legislate and control the inland waterways within the territory of the State.

The Court, in a judgment on a suit with reference number FHC/L/CS/1098/07 filed by fishermen operating in Eti-Osa Local Government Area of the State, held that the National Inland Waterways Authority (NIWA) lacked the Constitutional power to regulate inland waterways within the State, and thereby declared all licences granted the plaintiffs as null and void.

It would be recalled that the Court of Appeal in Lagos had, in a recent judgment, upheld the power of the Lagos State Government through the State’s House of Assembly to legislate on the inland waterways within the State.

The plaintiffs in the suit before the Federal High Court – Ewenla Fishermen Cooperative Society Limited, Afenifere Fish Sellers Better-Life Igbokusu, Eti-Osa Fishermen Cooperative Society Limited, Kolawole Giwa Balogun, and Alhaji Folani Oladipupo Sikiru suing for themselves and on behalf of all fishermen/women and fish sellers in Eti-Osa had filed the suit asking that NIWA be declared as the body statutorily empowered to manage, control and regulate land interest within 100 meters of all declared Federal Waterways in Nigeria, and that the license on the right of way granted to them by NIWA is valid and subsisting.

It was also contended by the Plaintiffs that any license granted by the Lagos State Government over the declared Federal Waterways in particular, Peninsular of Lagos Lagoon was ultra vires, illegal and of no effect whatsoever.

In his judgment, Justice Saliu Saidu dismissed the claims of the Plaintiffs and held that same were in conflict with the provision of the Constitution.

The court held that to determine the extent of the power of NIWA to regulate inland waterways, recourse must be made to the Constitution of the Federal Republic of Nigeria (CFRN), 1999.

The Court considered Items 29 and 36 of the Exclusive Legislative List of CFRN and held that “Inland Waterways was not one of the items over which the National Assembly was given power to legislate and the National Assembly did not designate the Peninsular of Lagos Lagoon as an International Waterway.

Specifically, the court agreed with the submissions canvassed in favour of the 2nd and 3rd defendants (GOVERNOR OF LAGOS STATE and LAGOS STATE GOVERNMENT) that: “The State Government has the authority to legislate over Inland Waterways within its territory; the State Government possesses the power to grant permits and collect fees as this is a residual matter and that NIWA has no constitutional power to regulate Inland Waterways within Lagos State.”

In arriving at the decision, Justice Saidu relied on the recent Court of Appeal decision in the case of LASWA & Ors vs. NIWA & Ors, adding that the Plaintiffs failed to establish the identity of the land claimed.

“NIWA has no power to grant the said licence to the Plaintiffs in the first place. As such, the Plaintiffs have no interest whatsoever in the land,” Justice Saidu ruled, while also refusing the claim for damages.