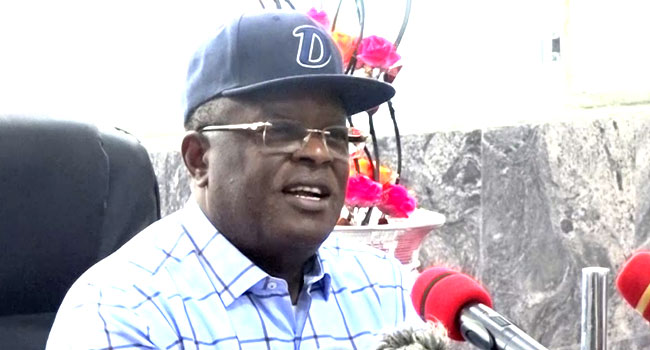 On Saturday, the Nigeria Labour Congress (NLC) Ebonyi State Council urged the Ebonyi State government to lift the employment ban in order to reduce the army of unemployed youths roaming the streets.

Comrade Ikechukwu Nwafor, the Union’s factional leader, announced this in Abakaliki, Ebonyi state capital, while delivering his speech in commemoration of the 2021 Workers Day.

He stated that the NLC State Executive Council (SEC) met on April 27, 2021, to discuss the theme of this year’s Workers’ Day, titled “COVID-19, Social and Economic Crisis: Challenges for Decent Jobs, Social Security, and Peoples’ Welfare,” as it pertains to Ebonyi State.

Nwafor stated that after much deliberation, they decided that this year’s theme was timely and in line with the imports of the 2021 Workers’ Day celebration.

“The State Congress commended the Federal and State Governments for their tireless efforts and creative measures during the COVID-19 epidemic, which managed to curb the spread of the pandemic and disappoint WHO and her collaborators’ doomsday predictions,” he stated.
However, the government should be reminded that the allowances of frontline health workers who sacrificed their life, with some paying the ultimate price, to save the country from a health catastrophe are still outstanding, especially in Ebonyi State.

“The SEC commended Ebonyi State Workers for sustaining their identity of performance, dedication, bravery, resolve, patriotism, and respect for fatherland amid constant and unparalleled provocation, deprivation, rejection, coercion, and danger that characterize the current administration.
The SEC urged state employees not to be disheartened, pointing out that bad times do not last forever, and that only the more affluent individuals are able to profit from the subsequent rise.

“SEC noted that since the inception of the present administration, Government and Labour relationship in the State has taken a nosedive”.

The Nwafor led NLC called on the Federal and State Governments to set out a day every year to honour the frontline Health Workers who lost their lives in the fight to curtail spread of COVID-19.

Nwafor, advised the state government to stop interfering in Labour unions affair but to focus on partnering with Labour to improve on the condition of Civil Servants.

“His Excellency Should be proactive in addressing the deteriorating security situation in the State. Government should Shun politics and close ranks across party lines when the lives of Ebonyians are involve, as often the statement and body language of Government and political Actors seem to embolden these criminal elements that have continued to kill Ebonyians with reckless abandon” he added.

The factional chairman, charged Ebonyi state government to bring to book those Governor’s Aids already fingered in the communal clashes that have claimed lives of innocent citizens, to serve as a deterrent to others.

“Congress requests that His Excellency re-engineer the Civil Service for productivity; restore the cut salaries of Civil Servants in 2016; pay employees the Minimum Wage through a modern and revamped compensation structure; and restore promotion for Civil Servants…”
“Implement the agreed Minimum Wage for Workers and pay any unpaid COVID-19 inducement allowance,” he said.

He also urged the state government to resurrect the Scholarship Board, the Health Insurance Scheme, and the Housing Scheme, among other dormant Boards and Agencies: “We feel firm that this would help mitigate the spate of insecurity and sectarian disputes currently being experienced in the State,” he said.