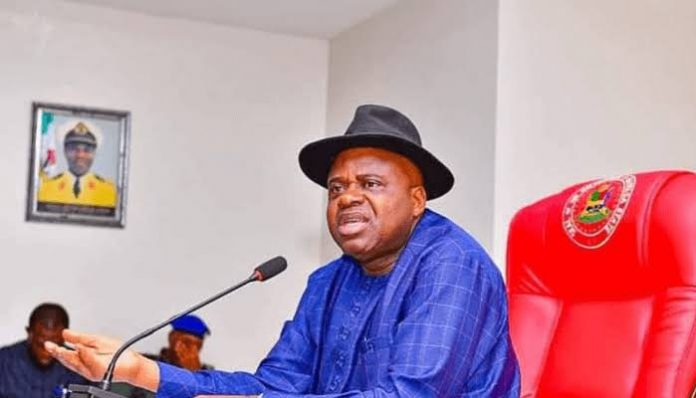 The Governor of Bayelsa State, Douye Diri, has urged the Federal Government to facilitate the withdrawal of the recently revived National Water Resources Bill before the National Assembly. He also urged the sponsors of the bill to withdraw it. He stressed that the bill would have a negative impact on coastal states if passed into law.

Diri condemned the bill when the Minister of Water Resources, Suleiman Adamu, represented by the Permanent Secretary, Didi Walson-Jack, and her team, paid him a courtesy visit at the Government House, Yenagoa, on Friday.

In a statement by his Chief Press Secretary, Daniel Alabrah, the governor argued that it would be unfair and unjust to present the water resources bill when oil-producing states were still agitating for a fair deal from their oil and gas resources.

He said, “The Water Resources Bill is not acceptable. The provisions of the bill, if it becomes law, will have a more negative impact on us, as we are primarily a maritime environment.

Diri therefore called on the sponsors of the bill to withdraw it, saying the country operates a federal system of government rather than a unitary government. He lamented that the resources of the state had been “emasculated” by the Federal Government.

“ It is where you run a unitary system of government that that kind of draconian bill can come. But in an ideal federal system, you allow the states to use their resources and pay taxes to the Federal Government,” he added.