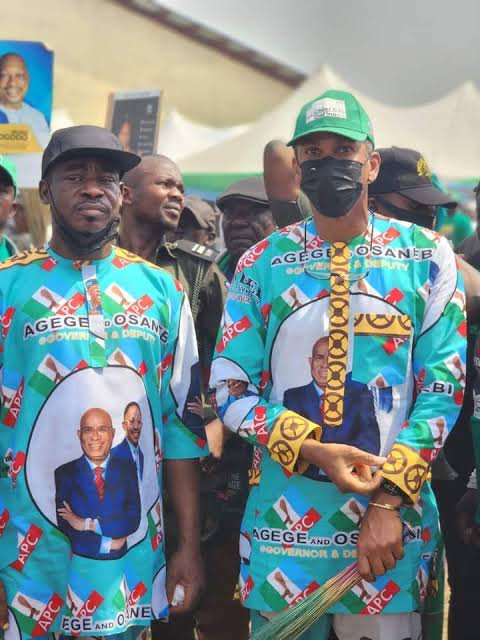 The Delta State Governorship Candidate of the All Progressive Congress APC and the Deputy Senate President, Ovie Omo-Agege and former Delta State Speaker, Rt Hon Monday Igbuya has urged the people of Sapele to vote for Olorogun Ede Dafinone as Senator of Delta Central adding that with the Okpe Chief and other APC candidates emerging winners in next year’s election, Sapele seaport will be revived.

Omo-Agege, while addressing the people of Sapele at Gloryland Schools in Amukpe in his Ward to Ward campaign also promised to upgrade the Sapele Technical College, to a State Polytechnic if elected as the governor of the State.

Igbuya while addressing the crowd said “The late Chief David Dafinone was the one who brought the Sapele seaport, unfortunately, politics closed the port but we have people like the DSP that will bring our seaport back, that’s why we must vote for all APC candidates in the 2023 elections. Dafinone will not let what the father started to die he will bring back our seaport”

Omo-Agege on his part said the Urhobos are going to have another Dafinone that will partner with him, and Tinubu to reactivate the Sapele Seaport

He however added that when he becomes Governor of the State, “the Sapele Technical College will become a brand new polytechnic for Sapele,

“Dafinone is our candidate, vote for him to become the next senator of Urhobo nation” adding that Dafinone will do a good job in representing the Urhobo nation.

He then handed over the party flag to the chartered accountant charging him to go and be victorious in the next month’s election.

Meanwhile the APC Chairman in Sapele Local Government Area, Mr Friday Arubasa has said the party is prepared to take power from the PDP.

Arubasa added that Asiwaju Bola Tinubu and Omo-Agege remained two of the best candidates on the APC platform.