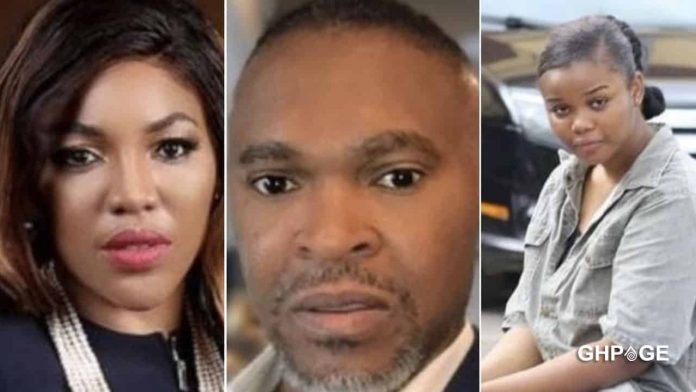 Brenda Ataga, wife of the slain Super TV CEO, Mr. Usifo Ataga has asked the management of Naijaloaded Blog for a sum of N1 billion as compensation for the publication of libelous and malicious reports against her person.

Brenda, also, asked the online platform to pull down the report from the website and retract the damaging report through its medium and other online news outlets.

She made these demands in a letter dated June 28 and addressed to the Managing Director of the online medium, Mr. Makinde Azeez through her counsel, Chief Charles Uwensuyi-Edosomwan (SAN).

Ataga, also a director in Super Network Limited, was recently found dead in a pool of blood at a short service apartment at Lekki Phase 1, Lagos state shortly after his family declared him missing.
Subsequently, the Lagos State Police Command arrested a 21-year-old undergraduate of the University of Lagos (UNILAG), Chidinma Ojukwu for allegedly killing the late CEO.

The command had also claimed that the suspect was caught with a blood-soaked cloth worn on the day of the incident and confessed to stabbing the deceased with a kitchen knife after a struggle.

Chidinma, at a parade at the police command in Ikeja, had confessed that she and Ataga were “having fun” when an argument broke out and she stabbed him twice.

But in its report published on June 26, Naijaloaded had fingered Brenda in the murder of her husband, citing her relationship with the suspect through Brenda’s boyfriend.

In her letter of claim, however, Brenda described the report published by the online platform as a callous, malicious and mindless attack on the personality of their client.

The lawyer stated that the publication described his client as a conniving criminal that was part of the plans that killed her husband, father of her children, a most heinous cunning act.

The letter, which described the report as false, hinted that it labelled Mrs Ataga who is a wife, mother and highly placed official of the Nigerian government as a loose woman and a flirt, carrying on extra marital affairs with another Mr. Izu.

The letter demanded that the story be immediately pulled down from the website of Naijaloaded online, while calling for a complete retraction of the damaging story, to be carried first in online platform news blogs and other online news outlets.

The letter read in part: “A properly worded unreserved apology for the libel published in your news blog, two national television stations including Channels Television Network and three National newspapers including The Punch newspaper.

“That you pay the sum of N1, 000, 000, 000 (One Billion Naira) through our office to our client as pecuniary compensation for your reckless and mindless injury to her vide the published defamatory materials aforesaid.

“If at the end of 14 days from the date of this letter, any of the listed demands still stands unfulfilled, we would proceed on our full instructions to initiate steps to bring the full consequences of your recklessness in the aforementioned publications to you.

“In that case, all costs, fees and charges necessary for our client to redeem her image and recover her damaged character and credit would be on your account.”