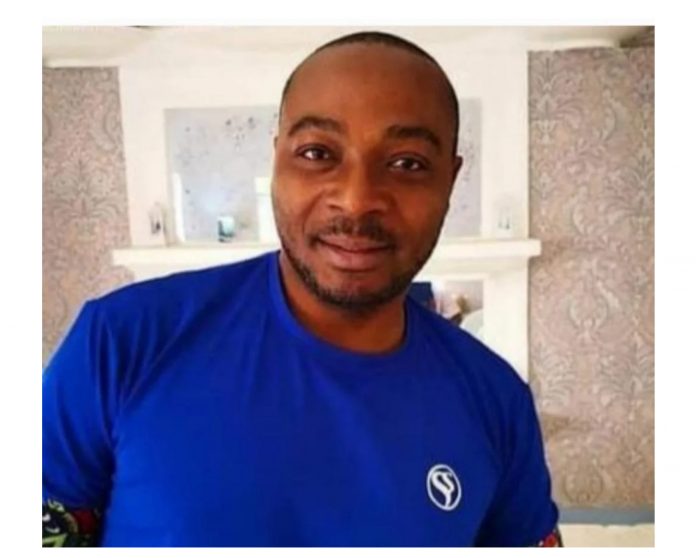 Mrs Deve Bossua Salem, the wife of the late Vanguard newspaper correspondent, Tordue Salem, has dragged the Federal Government to the Court of Justice of the Economic Community of West African States (ECOWAS) seeking redress for the circumstances that led to her husband’s mysterious death.

The rights enforcement suit marked ECW/CCJ/APP/32/22, was filed on behalf of the widow by Chief Sebastine Hon, SAN.

The suit is seeking redress over the violation of her late husband’s right to life as enshrined in Articles 4, 5, 6, and 23(1) of the African Charter on Human and People’s Rights.

By the suit, the widow wants an order for the Federal Government to pay her a sum of $2 million, being the sum the late Tordue Salem would have, if alive till exhaustion of his life expectancy as a Christian, given to the plaintiff for her maintenance and the maintenance of their little daughter, Avanna Salem.

Mrs Salem is also praying for an order that the defendant should pay her the sum of 10 million US Dollars compensatory damages for the mental and psychological anguish caused her, together with the permanent deprivation of her right to enjoy the love of her life, owing to the unlawful and unconstitutional murder of her husband.

“An order that the defendant should pay her the sum of 5 million US Dollars aggravated damages for the illegal detention, torture, and the premeditated murder of the late Tordue Salem by officers of the Nigerian police, who allegedly acted in a reprehensible and unlawful manner/ for willful negligence on the part of the police, who refused, failed or neglected to intervene swiftly to save the life of the deceased.

“Interest at the rate of 25 percent per annum on any sum/all sums of money awarded by the Court as monetary judgment, calculated from the date of judgment till the judgment sum is fully liquidated”.

The plaintiff equally wants a declaration that the Federal Government through its police officers, acted in breach of the provisions of the African Charter when it arrested, detained, and tortured Salem to death and thereafter falsely claimed, with the active support/conspiracy of the staff/employees of Wuse General Hospital, Abuja (a Government-owned Hospital), that the deceased was/had been knocked down by a motor vehicle driven by a hit-and-run driver, Mr. Clement Itoro.

“A declaration that the defendant’s police officers were willfully negligent, in that they failed to proactively take steps to secure the life of Tordue Salem (deceased) when one Mr. Clement Itoro reported to them at a police checkpoint which was not far from the scene of a motor accident, about hitting the deceased with his car, which resulted in his death, which death could possibly have been averted had the police acted with official dispatch and or acted swiftly.

The plaintiff claimed in court processes that “Even though the Department of State Security Services acknowledged receipt of a petition written to them concerning the disappearance of Late Tordue Salem, it never formally communicated with the family of the deceased.

“Rather, one of its operatives, Mamman Nasir, provided his GSM number to the family of the deceased, to be reached at any time; but on each occasion he was called, he would say this was a possible kidnap case; hence the family should exercise some patience”.

Also, the plaintiff stated that a Chief Superintendent of Police, Bimbo Oyewole, from FCT Command, who led a team of investigators to unravel the circumstances surrounding the disappearance of late Tordue, on November 5, 2021, called the family relatives to his office, where they were informed that the police were still checking some mortuaries in the FCT Abuja to see if they could find the corpse of Henry Tordue Salem.

“One week to a press briefing organised by the Police, CSP Oyewole informed the family of the deceased that following a lead, the police had arrested one Clement Itoro, who had killed the late Henry Tordue Salem in a motor car hit-and-run manner.

“On November 11, 2021, according to court papers, the police “Intelligence Response Team” Abuja, called the family and informed them through their Commander that the police had confirmed the hit-and-run incident to have happened on October 13, 2021, which led to Tordue Salem’s death.

“In view of the complicity in the investigation of Salem’s death, the family said it observed “inescapable facts”.

“The plaintiff, from facts (Facts at/concerning the Mortuary, and Autopsy Report), strongly believes that her husband was not killed by a hit-and-run driver as claimed by the Nigerian police but was murdered by the police.

“In the alternative, the Plaintiff maintains that her husband had died as a result of the wilful negligence of the said police, when they refused, failed or neglected to either apprehend Clement Itoro, the alleged hit-and-run driver or compel him to take them to the scene of the accident with a view to making efforts to save the life of the deceased”.

The plaintiff’s lawyer, Chief Hon SAN said he would rely on documentary and oral evidence to argue his case.

Meanwhile, no date has yet been fixed for the hearing of the suit.