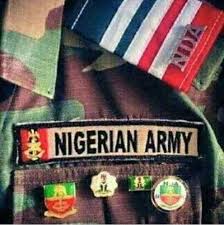 •Says person arrested is only an IPoB member

The Army said its troops had neutralised four armed members of the proscribed Indigenous People of Biafra, IPOB, who attacked security operatives in Anambra State on Friday.

It also accused the outlawed group of carrying out its recent attacks to create panic ahead of the November 6 governorship election in the state. The Director of Army Public Relations, Brigadier General Onyema Nwachukwu, who stated this yesterday, said the armed IPOB members attacked security operatives attached to Ekwulobia Roundabout in Aguata Local Government Area of Anambra State and fled.

According to him, the troops went after the fleeing gunmen and engaged them in a gun duel but regretted losing a security agent.

“This followed the assailants’ armed attack on personnel of security agencies deployed at Ekwulobia Roundabout in Aguata Local Government Area of Anambra State, during which troops swiftly mobilised to the scene and subsequently embarked on a pursuit of the criminals along Nnewi – Nnobi Road.“Troops made contact with the fleeing gunmen and engaged them in a fierce fight, neutralising four of the criminals.”

According to him, the troops overwhelmed the attackers in the shootout that ensued, forcing them to take to their heels, abandoning one Pump Action gun with nine cartridges, one dark blue Ford, and four motorcycles, which the troops had recovered.He however said the attacks were meant to sabotage Anambra governorship election.

Meanwhile, the Indigenous People of Biafra, IPOB, yesterday dismissed the alleged arrest of a top commander of Eastern Security Network, ESN, by the Army, in Ekwulobia Aguata Local Government Area, Anambra State, saying it was a suspected IPoB member that was arrested.

IPoB in a statement by its Media and Publicity Secretary, Emma Powerful, entitled ”Army shot and arrested IPoB member in Ekwulobia, not top ESN Commander”, said the person arrested, Mazi Udubua Chubueze, was only a member of IPOB, and not one of the ESN operatives, let alone a top commander.

The statement read: “The attention of a great family of the Indigenous People of Biafra, IPOB, under the command of our leader, Mazi Nnamdi Kanu, has been drawn to the fallacious statement from the Army and Police that they arrested a top commander of ESN in Ekwulobial Aguata Local Government Area of Anambra State.

“We declare without equivocations that there is no iota of truth in the said fallacious statement. Rather, Mazi Udubuan Chubueze is only a member of IPoB. He is not one of the ESN operatives, let alone being a top commander of ESN.

“What transpired was that he came to his home in Ekwulobia, Aguata L.G.A, to bury his dead mother and soldiers acting on a tip-off from a traitor, stormed his house, shot him and got him arrested.

“Yes, he is an IPoB member but not ESN commander. But those who sabotaged him shall reap the  reward of treachery. We know them.”

“The Nigeria soldiers shot him in the leg and forced him to wear Army camouflage and claimed it was what they got from him.

“They also lied that they recovered ammunition from him and we wonder what a man who was in the peak of the burial of his mother will be doing with ammunition, we see this as another blackmail to hang an innocent man.

“We want to make it categorically clear to all and sundry that ESN does not go with army uniforms or police because we are different people. Again, ESN has nothing to do with pump-action rifles.

“The Army forced all those items on him just to implicate him, but God will vindicate the just! The claims by the Army that he has bullet wounds are all lies.

“We call for a forensic examination to deflate this lie. It was the Army that shot him in his compound and claimed he had bullet wounds.

“We once again call on the United Nations not to give a blind eye to the atrocities of the Nigerian security agents against Biafrans.

“The world should hold Nigeria accountable for all the inhuman treatments and secret genocide against innocent people of Biafra.”