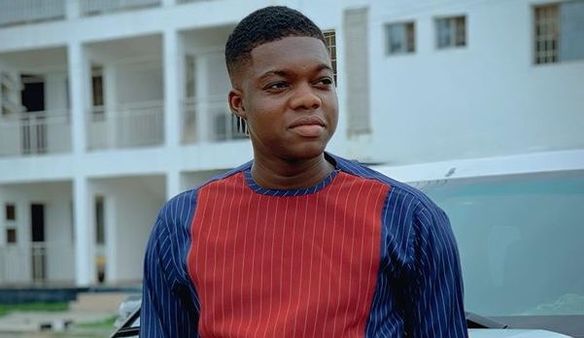 The Nigerian Navy has debunked the reports that comedian, Abdulgafar AA, popularly known as Cute Abiola, is missing.

His family and associates had declared Cute Abiola, who is a Naval officer, missing, with many of his colleagues in the entertainment industry raising the alarm.

He was said to have left home around 6 am on for his office and reportedly told his wife he was at work on arrival.

But in a statement by Suleman Dahun, spokesman of the Nigerian Navy, said the comedian is being detained for flouting the social media policy of the Armed Forces.

He also accused Abdulgafar of disobeying “particular orders “given to him.

The statement read: “The attention of the Nigerian Navy has been drawn to an online story which claims a naval personnel, OSCOMP Abdulgafar AA, who incidentally is a popular comedian known as Cute Abiola, has gone missing. The Nigerian Navy wishes to categorically debunk this false news report currently trending online.

Earlier, the management of the Cute Abiola Entertainment Ltd had released a statement, saying, “Since he last communicated with wife and associates that he already got to the office, he has not returned to his family and no one has heard from him till this moment.

“It was subsequently gathered from a reliable source that he has been locked up in the Nigerian Navy cell since he got to the office yesterday morning till the time of posting this information without being fed and no date has been stated for his release from custody.

“The most frustrating part is that nobody is saying anything as to the offence he has committed, but that he’s been detained on an order from the Nigerian Navy Headquarters.

“This unfortunate situation has rendered his wife emotionally tortured and traumatised as the Cute Abiola is an ulcer patient. Hence not feeding an ulcer patient as punishment for an undisclosed offence is something to be worried about with a view to avoiding unnecessary circumstance with regards to the health of The Cute Abiola.

“This is a call for help on the President of the Federal Republic of Nigeria, Vice-President, the Senate President, the Speaker of the House of Representatives and a well meaning Nigerians to please help us call the attention of the Nigerian Navy to release him as they have been unable to disclose the offence he committed to warrant the perpetual detention.”