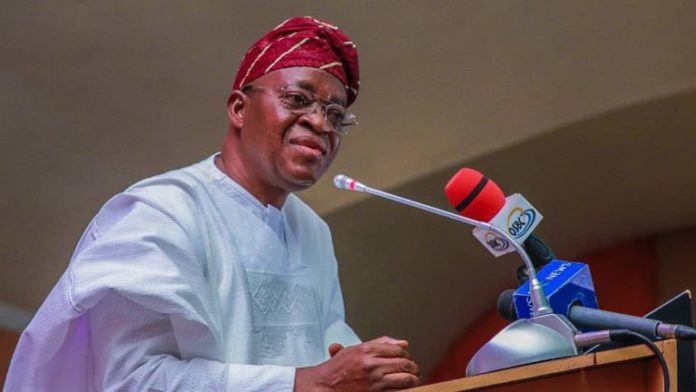 The Government of Osun State has provided reasons for its planned arrest and deportation of some illegal miners who came in from Zamfara State.

The Governor’s Deputy Chief of Staff, Prince Abdullahi Binuyo, had alleged that some indigenes of Zamfara State sneaked into the state, threatening that the Amotekun Corps in Osun had been mandated to arrest and deport them.

The State government said the action was a precautionary measure to contain community transmission of Coronavirus in the State.

However, the Zamfara State Government had condemned Osun Government’s stance in a statement issued by the Special Adviser to the Governor on Public Enlightenment, Media and Communications, Zailani Bappa, saying that it smacked of bad taste.

But the Osun State Commissioner for Information and Civic Orientation, Mrs. Funke Egbemode, in a response to Zamfara State government said on Friday that, “We’re deporting illegal miners who breached lockdown order in our state.”

According to her, the action of the State was based on the ban President Muhammadu Buhari placed on all inter-state travels and movements.

She said the state government was taken aback by the misinterpretation of its statement in which it raised the alarm about the activities of illegal miners in the state and those breaching its lockdown orders.

“The government recognizes the right of every Nigerian to live anywhere within the country but will, however, act within legal and moral boundaries by returning the illegal miners to their last known addresses,” She added.

“The state government believes in the unity of the nation but will not hesitate to take actions against those who breach its boundaries and try to jeopardize the health of its people.”

The Commissioner said that the state has shown the highest regard for respective state governments of the concerned people by trying to deport them to their states rather than prosecuting them under the state’s emergency regulation.

“Every state in the country is upscaling its security measures in the fight against COVID-19 pandemic and other vices,” she said.

She pointed out that Zamfara State Government had a few days back, arrested some suspected illegal miners in the state, adding, “If ‘alleged’ illegal miners are abhorred in Zamfara, why should Osun State be crucified for being safety conscious?”