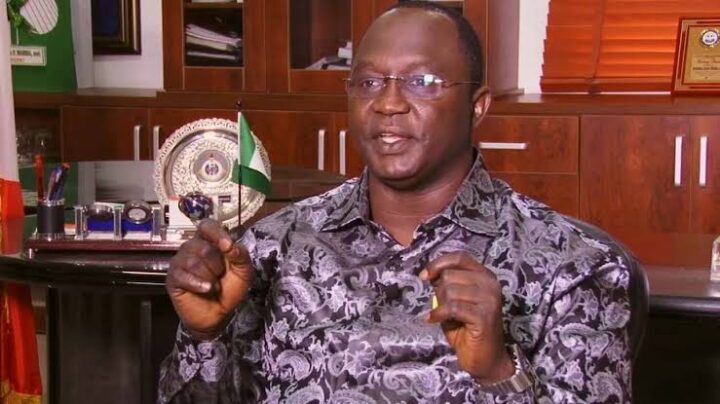 The Nigeria Labour Congress (NLC) has rejected the proposed N5,000 for 40 million poor Nigerians when the subsidy on Petroleum Motor Spirit (PMS) is removed.

Ayuba Wabba, president of the NLC, said this in a statement on Wednesday.He said that there are no ongoing talks between labour and the federal government, as negotiation was adjourned sine die many months ago.Wabba accused the government of adopting monologue in arriving at its conclusion on subsidy removal, stressing that it will continually reject deregulation that is anchored on the importation of petroleum products.

The response of the Nigeria Labour Congress is that what we are hearing is the conversation of the Federal government with neo-liberal international monetary institutions.” the statement reads.“The conversation between the government and the people of Nigeria, especially workers under the auspices of the trade union movement on the matter of fuel subsidy, was adjourned sine die so many months ago.”“Given the nationwide panic that has trailed the disclosure of the monologue within the corridors of government and foreign interests, the Nigeria Labour Congress wishes to posit that it continues to maintain its rejection of deregulation based on import driven model.

“It is difficult to convince Nigerian workers why our dear country is the only country among the OPEC member countries that cannot produce its own refined petroleum products and thus adopts the neo-liberal import production model of refined petroleum products.“We wish to reiterate our persuasion that the only benefit of deregulation based on the import-driven model is that Nigerian consumers will infinitely continue to pay high prices for refined petroleum products.“This situation will definitely be compounded by the astronomical devaluation of the naira, which currently goes for N560 to 1US$ in the parallel market.”According to the union, any attempt to compare the price of petrol in Nigeria to other countries would be set on a faulty premise as such a comparison would be akin to comparing apples to mangoes.

“The contemplation by the government to increase the price of petrol by more than 200 percent is a perfect recipe for an aggravated pile of hyper-inflation and astronomical increase in the price of goods and services,” he added.“This will open a wide door to unintended social consequences such as degeneration of the current insecurity crises and possibly citizens’ revolt. This is not an outcome that any sane Nigeria wishes for.“The argument that the complete surrender of the price of petrol to market forces would normalise the curve of demand and supply as is being wrongly attributed to the current market realities with cooking gas, diesel, and kerosene is very obtuse.

“The truth is that these commodities which Nigeria can easily produce have been priced out of the reach of most Nigerian families with the majority of our people resorting to tree felling and charcoal for their energy needs.“Finally, we wish to warn that the bait by the government to pay 40 million Nigerians N5000 as a palliative to cushion the effect of the astronomical increase in the price of petrol is comical, to say the least.“The total amount involved in this queer initiative is far more than the money government claims to spend currently on fuel subsidy.

“Apart from our concerns on the transparency of the disbursement given previous experiences with such schemes, we are wondering if the government is not trying to rob Nigerians to pay Nigerians? Why pay me N5000 and then subject me to perpetual suffering?”The NLC boss added that the government’s decision to remove the petrol subsidy is “cloudy”.“Clearly, government thoughts on the so-called removal of fuel subsidy is cloudy and appears to be a ‘penny wise-pound foolish’ gamble,” he said.

“It is clear that the palliative offered by the government will not cure cancer that will befall the mass of our people who suffer the double jeopardy of hype-inflation while their salaries remain fixed.”Zainab Ahmed, minister of finance, budget and national planning, had said that the country will remove fuel subsidies by 2022 and replace them with N5000-a-month transportation grant to the poorest Nigerians.