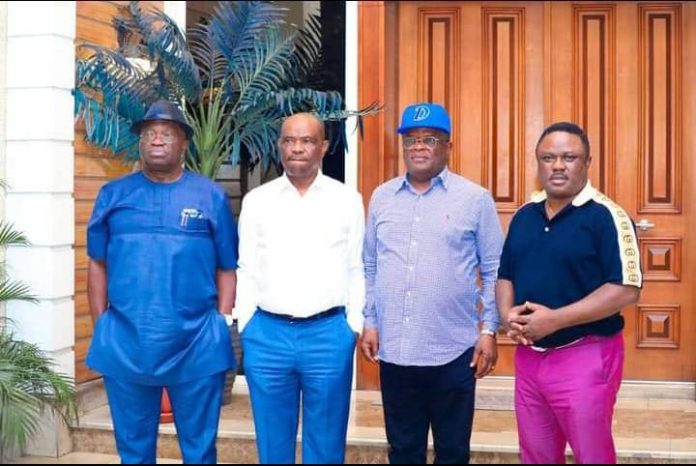 A chieftain of the Peoples Democratic Party (PDP) and former Minister of Power and Steel, Elder Wole Oyelese has clarified the reason behind his absence at the campaign flag-off of the re-election bid of Governor Seyi Makinde of Oyo State.

Oyelese, while fielding questions from journalists in Ibadan on the reason for his absence, yesterday, said it would not be proper for him to be at such a gathering given the current attitude of the G5 governors to the party and its Presidential Candidate.

He explained further that as the leaders of PDP in the state are working assiduously for the victory of Atiku Abubakar in the 2023 presidential election, it would be inexcusable for him to be with the G5 governors who have resolved and openly vowed not to work for the success of our party’s official candidate.

“It is believed that the G5 Governors are still shopping for an alternative presidential candidate who they hope to use to frustrate our aspiration to produce the next President of Nigeria. This unpatriotic dream will however not materialise as Atiku’s Presidency is God’s own project,” Oyelese asserted.

The G5 governors led by Governor Nyesom Wike of Rivers State, were in Ibadan on Thursday to show their solidarity in support of one of them, Seyi Makinde, who is seeking re-election for a second term in office.

Elder Oyelese and others, such as former deputy governor of the state, Alhaji Hazeem Gbolarumi, Femi Babalola (Jogor), Professor Abiodun Raufu, Wale Adegoke and others were absent from the flag-off, while only former Minister of State for FCT, Olooye Jumoke Akinjide attended.

It would be recalled that on Tuesday, Elder Wole Oyelese led others like Olooye Jumoke Akinjide and other prominent members of the PDP across the Southwest geo-political zone to a press conference held at the NUJ Press Centre, Iyaganku on their planned walk for Atiku.

Oyelese further said it would be morally wrong for him as the leader of Atiku Support Groups and leader of prominent PDP members working for the victory of Atiku Abubakar to be with those, who are yet to make their presidential candidate known despite the fact that they are in same party with Atiku.

“Besides, what kind of example will I be showing as a leader endorsing the activities of the G5 by my presence at the flag-off,” he queried.

According to him: “Yes, I did not attend Governor Makinde’s re-election flag-off, likewise others who are working for Atiku Abubakar in the state. It is not that I hold anything personal against Governor Makinde but it will still be morally wrong for me to be in a place where G5 governors, who are yet to declare their support for Atiku are being celebrated.”

“The major task ahead of us at this crucial time is to ensure that we substantially increase the number of votes for Ati­ku in the 2023 election com­pared to the 2019 number of votes we gave him in Oyo State even though he still won. In addition we plan to deliver Oyo state to Atiku by a landslide. It is our desire that he emerges victorious in the state and Nigeria as a whole to become the next president of the Federal Republic of Nigeria.”

The former minister then expressed immense gratitude to all who willingly and enthusiastically participated in the freedom march, promising that their effort of love will be adequately rewarded when Atiku becomes the President and Commander in Chief.

He described the march as unprecedented and ascribed the success to all who participated including the support groups and the good people of the state who trooped out in their thousands.