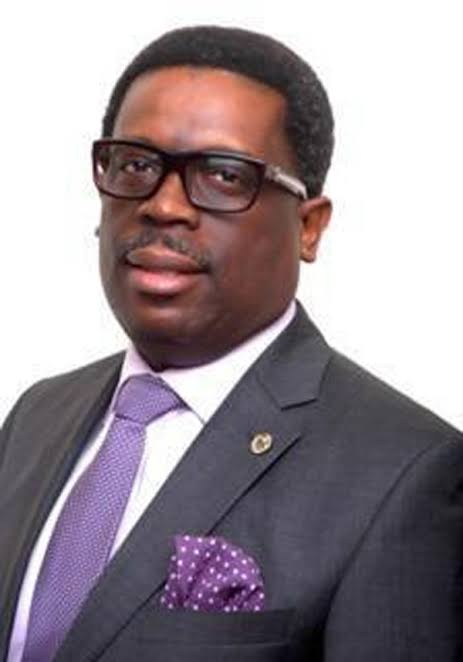 The Director-General of the National Lottery Regulatory Commission, NLRC, Lanre Gbajabiamila Thursday said that two directors of the commission were suspended after being investigated by the Independent Corrupt Practices Commission, ICPC, and the Code of Conduct Bureau, CCB, over alleged infractions on their appointment into the service, as well as discrepancies in their documentation.

The Director-General also exonerated the management from the travails of the affected directors, saying that what the management only did was to implement the directives of the Commission’s Governing Board in accordance with the Public Service Rules (PSR).The clarification came on the heels of the protest embarked upon by the Association of Senior Civil Servants of Nigeria on Monday, where the union blocked the gate to the commission’s premises and accused the DG of corrupt practices and highhandedness among others.

But the Director-General, who accused some of the staff he described as ‘disgruntled’ within the commission and the suspended directors of being behind the picketing that took place on Monday, warned that the management would not succumb to any form of blackmail in discharging its mandate.According to him, “The main reason for the picketing was as a result of the management implementing the directives of the Commission’s Governing Board, as obtains in public service. The Board, after due consideration of recommendations of a committee set up by the Head of Civil Service of the Federation, to investigate the allegations against two Directors of the Commission, directed management to implement the prescribed sanctions in accordance with the Public Service Rules (PSR).

A petition against the former Directors of Monitoring and Enforcement, and Human Resources Management, Mr. Okechukwu Josiah Odunna and Mr. Robert Blessing Bolokor respectively had accused them of infractions on their appointment into the service, as well as discrepancies in their documentation. The allegations were investigated by the Independent Corrupt Practices Commission and the Code of Conduct Bureau, where the Directors made confessional statements, which they confirmed before the investigating committee, before the sanctions were prescribed.“The investigating Committee made their recommendations and the Board was directed to implement the recommendations. The Board after due consideration in turn directed Management to implement.

I wish to state here that the Management of the Commission was never involved at any point in the process of investigation of the said Directors. As a responsible and responsive Management, we only acted in compliance with the directives of the Governing Board.“The Commission was never informed by the executives of the Staff Union about the picketing or other actions that ensued, except a Pre-action notice served by the lawyer of the ASCSN, on Friday 24th September 2021, three days before locking up the Commission’s gate.

“It was a surprise to staff and Management that they embarked on the course of action without following the grievances procedure. The picketing can therefore only be described as “illegality fighting back” by using a few highly ignorant and misled staff of the Commission hiding under the guise of the Staff Union Membership and paying touts, who by the way are not staff of the Commission to carry placards.“Management would like to use this medium to advice all staff of the Commission across the nation not to allow themselves to be used by disgruntled elements to achieve their personal goals of perpetrating illegality within or outside the system. Members of the Staff Union are encouraged to seek better clarifications from their leaders before following them on such self-seeking missions.

“The Management stands against illegality, and would not condone it in any form or guise. The Management also would not tolerate any parallel management of the Commission in any guise, whether within or outside the Commission. Staff are encouraged to go about their normal business without any fear of molestation or victimization.“Once again, I wish to assure members of staff that this administration is committed to improving on Staff welfare and will do its utmost best as permitted by law to ensure that the yearnings and aspirations of staff are met.”He also dismissed allegations of embezzlement of N2 billion, maladministration, high-handedness, unfriendly policies, victimization of staff, corrupt practices and anti-worker policies, lack of staff condition of service, lack of due process in disciplinary actions, which the staff union claimed were the reason for the protest.He said, “While not trying to join issues with my staff, it is important that I personally address some of these issues, in order that the public is not misled, but be properly informed and guided as to what the real issues are.

“Without sounding immodest, it is on record that no previous administration in the Commission had done better on matters of staff welfare than my regime. It is also on record that no previous administration had performed better than my administration on revenue generation for the Federal Government of Nigeria.“Our revenue profile has been on a steady increase, regardless of the challenges faced by the Commission while trying to perform our regulatory functions. Let it also be known that welfare of the staff remains one of my primary objectives in my service to the nation as the Director General of the National Lottery Regulatory Commission. For instance, it was until I became the DG that staff buses were provided for the staff to alleviate their transportation challenges.“Some of the key achievements of my leadership of the Commission include the following;Restructuring of the Commission from three directorates when I came, to 5 directorates and 5 statutory Units, thereby creating more opportunities for career growth and progression for all staff.