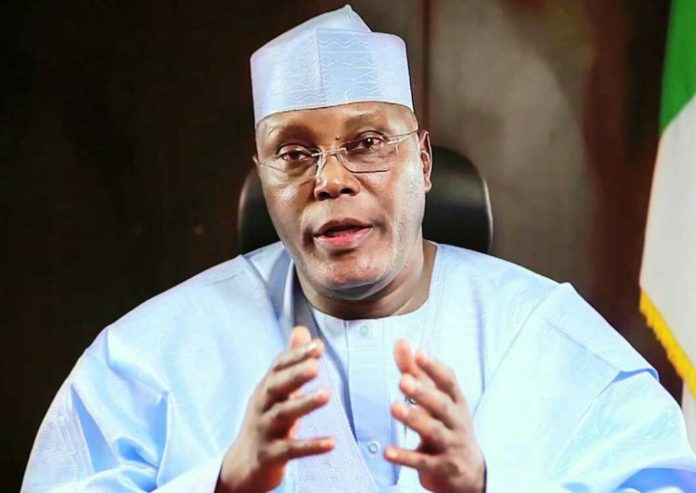 A Senior Advocate of Nigeria, Ebun Adegboruwa, has warned Nigerians against electing former Vice President, Atiku Abubakar, as the president of Nigeria in 2023.

He made this known in a statement on Wednesday.

The lawyer accused Atiku of being desperate, saying that “PDP cannot be trusted with Nigeria’s constitution”.

He also accused the PDP of flouting its rotation principle with Atiku’s emergence.

It was reported that on May 27, Abubakar won the PDP presidential ticket for 2023 general elections, after polling 371 out of the 767 accredited votes to defeat his closest rival, Governor Nyesom Wike of Rivers who polled 237 votes.

Dele Momodu and Ayo Fayose, Charles Ugwu, and Chikwendu Kalu scored zero votes each, while Tarella Diana and Sam Ohuabunwa each received one vote each.

While highlighting the “dangers of Atiku’s presidency”, Adegboruwa said, “Undue and unbridled desperation for power lead to ineffectiveness. This has been the case with Buhari and so it shall be with Atiku, who has lusted for power beyond human understanding.

“In order to satisfy the political ambition of Atiku, PDP ate its own vomit, threw away its own Constitution and rejected decency and justice embedded in the power rotation doctrine. If PDP will not honour it’s own Constitution, how can it be trusted with the Constitution of Nigeria?

“In seeking to succeed Buhari from the same Northern region, Atiku and his supporters do not believe in the plurality and unity of Nigeria.

“In seeking to succeed Buhari who is a Muslim of the same faith with him, Atiku does not believe in the secularity of Nigeria as stated in our Constitution.

“In rejecting the popular decision of the PDP Committee set up to select his Vice-Presidential candidate, Atiku has shown himself to be an incurable dictator, who may be worse than Buhari if trusted with power.

“An Atiku presidency will translate to 16 years of unbroken presidency of the North, which will lead to more agitations and may snowball into disintegration.

“An Atiku presidency will translate to 16 years of Muslim-Muslim presidency, which will facilitate more terrorist attacks, lead to marginalisation of people of other faiths and likely increased persecution.

“Having regard to our collective experience under the inglorious Obasanjo/Atiku regime, an
Atiku presidency will translate into the loss of national assets, the mortgaging of our commonwealth and uncontrolled senseless capitalism, leading to poverty of the masses.

“Atiku cannot be the option for today’s Nigeria. I, therefore, urge all people of good conscience to reject PDP and it’s leprous ticket.”