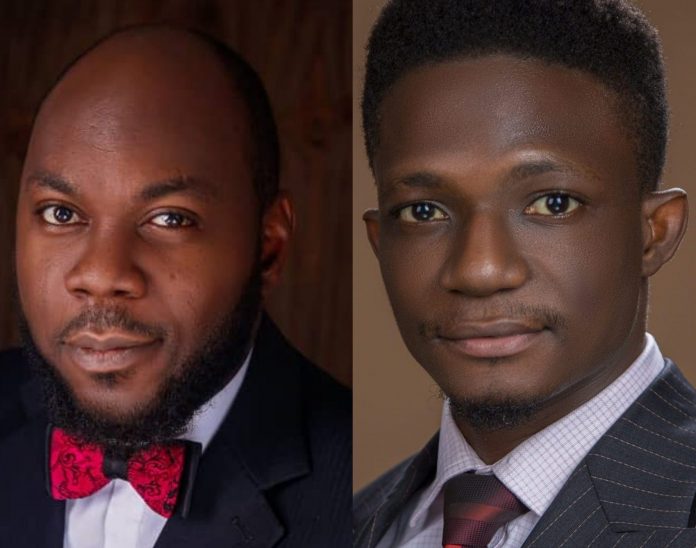 INTRODUCTION
Ever wondered why a lot of athletes/footballers of African descent fall from grace after active
years of glory, in spite of their physical strength and talent? According to a survey conducted
by the International Federation of Professional Footballers (FIPRO), Africa has the greatest
number of footballers without a written contract, with 40% of players saying they lack a copy
of their contract, absurd right? Of course, there are other factors at play and while many young
Nigerians dream of becoming the next Mikel Obi or Kanu Nwankwo, many fail to avert their
minds to the wide range of risks these foreign opportunities come with. Those that have
contracts are in most cases oblivious of terms stated therein- a string of words that often come
back to haunt them much later on. The legalese employed and omnibus clauses contained in
such agreements tend to go unnoticed and are often incomprehensible to the average man.

THE PITFALL OF EXPLOITATIVE CONTRACTS.
More often than not, footballers/athletes from third world countries (e.g. Nigeria) are always
lost in the euphoria of getting opportunities to begin their professional career outside the shores of Africa, that they fail to be strategic enough to tidy their affairs before signing the dotted lines.

In an article written by Alexander Brown and Roger Baines, it has been observed that the rate
of migration of professional footballers over a period of 20 years, shows that 69% of English
Premiership players were English in the 1995/1996 season, while this dropped significantly to
31% in the 2017/2018 season. In light of this sporadic increment, the effect is that 69% of the
remaining players were migrants from diverse countries across the world. The research by
Alexander Brown and Roger Baines, suggests that clubs would ordinarily try to cut their cost as
much as possible, especially if such negotiations involve untested migrants. Furthermore, there
arose the debate of who really owes a duty of care between football clubs and football agents
in ensuring that the absolute rights of such footballers are well protected when signing contracts.

In a dispute involving Rory McIlroy and Horizon Sports, applications were sent to
the Commercial Court in Dublin in 2013 by McIlroy’s lawyers—prior to the case
being settled out of court—in which they invoked the doctrine of unconscionable
contract. They highlighted the size of the percentage of on course and off course
earnings being paid to the management company, and the weakness of McIlroy at
the time of the contract due to his age, and having no independent legal and
financial advice on hand at the time of signing the contract.

Experiences have shown that the abundant level of ignorance amongst this sect, usually results
in pursuing curative measures, rather than preventive measures which would ordinarily cost
less, compared to the funds and time expended to seek remedies to these foundational defects
in their career transactions.

Away from sporting contracts, experience has also shown that some of these African
footballers/athletes are highly disorganized in their personal affairs as it relates to marriage
contract, property transactions, image rights/branding contracts, business operations to mention a few. These incidents are not surprising since it has been established that, they are highly vulnerable in contractual transactions involving their professional careers, how much more their personal affairs? Going forward, the question of life-after-football arises. Do these football players contemplate post-retirement options after a rewarding career abroad? Are they smart enough to seek wise counsel when they do? Do they often make informed decisions in their day to day lives?

EXTRAVAGANT LIFESTYLE: Eric Djemba Djemba a former Cameroonian professional footballer, had a successful career that got him to top clubs such as Manchester United. The genesis of his problems manifested after his contract at Aston Villa was terminated. He suffered bankruptcy as a result of his extravagant lifestyle and was reported to have owned many cars and about 30 (thirty) bank accounts.

BAD INVESTMENT: Another identifiable challenge is the lack of proper education or advice to invest rightly. Some players fall into the euphoria of having a lot of money, hence, they engage in big time investments without engaging the services of professionals such as lawyers, investment firms, asset management firms, among others. Wilson Oruma was a victim of fraud, having been lured into engaging in bad investment. He is reported to have invested a whooping sum of 1.2billion Naira that yielded no profit.

LACK OF PROPER ORIENTATION: Due to change of environment, some African players who ply their trade at European clubs, ignorantly marry European women without proper education and knowledge of their matrimonial laws. A lot of European matrimonial laws appear to favour women compared to their male counterparts; hence, it is always advisable to engage the professional services of lawyers, to advise these players accordingly, in order to prevent consequences later on. An example of a player who lost a sizeable number of his properties and wealth as a result of the court’s decision in the divorce between him and his ex-wife is Emmanuel Eboue. The popular Ivorian footballer had played in the English Premier League for Arsenal Football Club for several years but lost a good number of his savings and properties due to the enforcement of a matrimonial cause matter which he battled and lost to his wife.

CONCLUSION. It is highly contemptuous that African athletes and footballers would rather trivialize the significance of consulting with indigenous professionals in the conduct of their business, especially since most of these sportsmen relocate to their home countries after retirement. The law is the glue that holds society together, hence it is no surprise that almost every aspect of life is regulated by one form of law or the other. As it is often said that ignorance of the law is no excuse, it is rather unfortunate that many footballers (especially Nigerians), athletes and key players in the entertainment industry still allow ignorance to put them in near-irreparable contractual situations, due to the lack of understanding of the need to have key legal professionals and other investment advisors to help them manage their issues at the home front. Particularly, to help with management of their businesses (if any) and administration of estate while they are away.

The misguided belief, over-reliance and trust in foreign professionals, as against the home￾grown professionals who are in a vantage position to understand their peculiarities and adequately protect their interests, is a trend that usually backfires, because of the curative approach that is often required to douse some of the flaming scenarios they come with. Let him who hath an ear, hear and take heed.