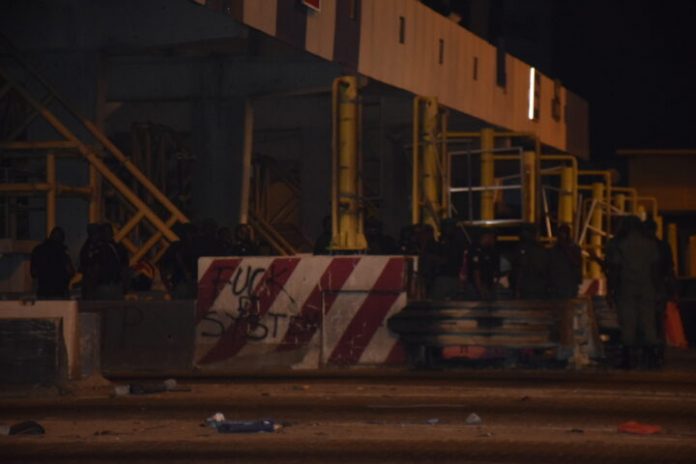 The Lagos government says the testimony of John Obafunwa, a pathologist who appeared before the judicial panel on police brutality, shows that there was no massacre at the Lekki tollgate on October 20, 2020.

In June, Obafunwa appeared before the panel to say three, out of 99 bodies examined after the #EndSARS protests were from the Lekki axis of the state.The pathologist also explained that only one out of the three bodies recovered from Lekki died of gunshot injury.Commenting on Obafunwa’s testimony in its 309-page report, the panel said it “also finds that most of the 96 corpses for which autopsies were conducted by Professor Obafunwa remain unidentified but they were labelled with EndSARS, apparently lending credence to the case of the EndSARS protesters that the shootings by security agencies resulted in mass deaths within the state”.

In the report, the panel said nine persons were killed at the Lekki tollgate by soldiers in what could be described in the context of a massacre.But in the white paper, the Lagos government said the finding of the panel that nine persons died is “irreconcilable” with the testimony of Obafunwa.“The finding of the JPI at page 288 paragraph M is that “The evidence of the pathologist Prof Obafiania that only 3 of the bodies that they conducted post mortem examination on were from Lekki and only one had gunshot injury and this was not debunked. We deem it credible as the contrary was not presented before the panel,” the white paper reads.

”The JPI’s finding of nine (9) deaths is therefore irreconcilable with the evidence of Prof. Obafunwa that only one (1) person died of gunshot wounds at 7:43pm at LTG on 21st October 2020.“Having held that there was no evidence before it to the contrary of what Prof Obafunwa said. The question is where did the JPI then get its finding of nine (9) deaths? (see table at pages 297-298).

“This finding of nine (9) deaths at LTG on 20th October 2020 is even more baffling because apart from listing out their names in tabular form at pages 297-298, the JPI offered no explanation regarding the circumstances of their death. The names simply sprang up at pages 297-298 of the report without any justification.“On the basis of the above fundamental inconsistencies in the findings of the JPI regarding the nine (9) deaths at LTG and particularly because the findings are clearly and manifestly not supported by evidence before the JPI as attested to by the JPI itself.