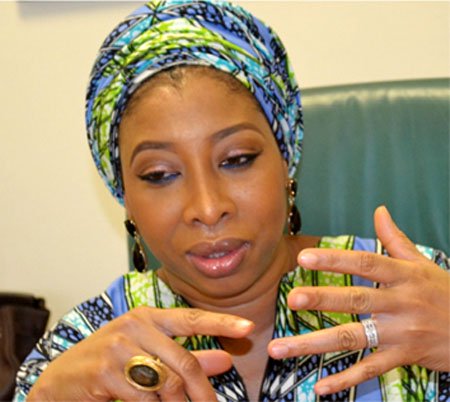 Nigerian lawmaker fears violence is scaring women away from politics

The first daughter of a pilot from Abia State in southeast Nigeria, Nnenna Elendu-Ukeje never faced disadvantages for being a woman until she entered politics 10 years ago.

In her three terms as member of parliament for Bende constituency in Abia, she has experienced discrimination, sexual innuendoes, physical threats and insubordination, mainly from male colleagues. But each time she fought back.

However she is concerned that the treatment of women in politics in Nigeria, and the threats they receive, is scaring women away with less than six percent of Nigerian parliamentarians female.

She said this is detrimental to women across Africa’s most populous nation of 186 million people who need strong voices to fight for government policies that affect women, such as gender violence, maternal mortality and empowerment.

“We must have people who actually understand, who are the beneficiaries of these policies, being part of the policy formulation,” the 48-year-old single mother told the Thomson Reuters Foundation in her office in Abuja where a statuette of Hillary Clinton adorns her desk.

She suspects fewer women will participate in the 2019 elections, put off by the violence that has marred previous votes in certain parts of Nigeria.

During the last election, people started firing guns as Elendu-Ukeje was campaigning and she was whisked away, unscathed, but some of her security personnel were injured.

“If there’s no disincentives for the perpetrators of violence, my fear is that the political space for women is going to continue to shrink,” she said.

Elendu-Ukeje didn’t set out for a career in politics. She grew up wanting to be a teacher, and has degrees in English and in journalism from the University of Lagos in southwest Nigeria.

However that started to change in 1999 when Nigeria left behind decades of military rule to become a democracy, sparking renewed interest in politics.

After years of speaking with friends who were politicians, she decided to leave a career in the hospitality industry to run for office in the 2007 election.

“I just didn’t feel that my voice was represented in the kind of laws that were passed. I didn’t think that my demographics ever showed up on the radar, with the things that we were thinking about, talking about,” she said.

Elendu-Ukeje saw her opportunity, wanting to fill this gap and ensure more women spoke up and made laws affecting women, but it surprised her to meet resistance from her father who was obsessed with J.F. Kennedy and forced her to read books on him and on other politicians as she was growing up.

“He said, ‘You don’t understand the terrain … it’s only for thugs, it’s dangerous’. Indeed it is and he got very scared,” she said.

DISCOURAGED AT THE START

Elendu-Ukeje also faced discouragement from other women who had excelled in other fields and lamented how hard it was.

For at the time, there seemed to be hardly any women on the political landscape and politicians generally were much older.

“I was a double minority. I was young and I was a woman … but I felt there was a gap,” she said. “I think it was the lure of that … that got me interested in politics.”

As her father realized that she was going ahead with or without his approval, he sent her two brothers with her to the polling booths in 2007 to protect her.

When her father died of cancer three years after she was elected into parliament, her mother joked that the reason he died was so he would not continue boring the neighbors about watching his little girl on television.

“He was absolutely supportive. He watched me for three years, my teething years. Every time there was something about me in the news, he would buy all the papers,” she said fondly.

A typical day for Elendu-Ukeje begins with 30 minutes on the treadmill and ends with spending time with her 11-year-old son, helping him with homework. In between, she attends meetings in parliament where she chairs the Committee on Foreign Relations.

For her, being a woman in Nigerian politics means having to work twice as hard as her male counterparts to constantly prove that she has earned her place in the male-dominated world.

“I would say that my greatest achievement in my dichotomous world is the ability to run a home and a career while challenging the narrative of the typical Nigerian female politician,” she said.

There have been times when Elendu-Ukeje thought of quitting politics. Lengthy periods away from her son, the battles to assert herself, and the threat of violence were some of the factors that have made her wonder if it is worth it.

“But then the next day, I do something that changes people’s lives. Or maybe I‘m out shopping and women walk up to me and pay me compliments and tell me how proud they are of me and I feel and know that it is all worth it,” she said.