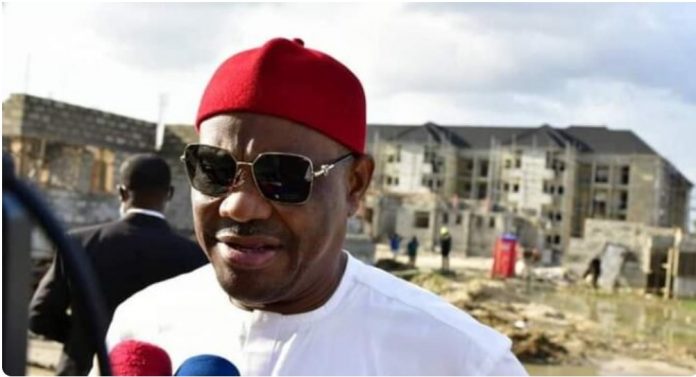 Nyesom Wike, governor of Rivers, has alleged that members of the senate are trying to “frustrate” the efforts of the state to establish a law school in Port Harcourt.

While speaking at the opening of the 2021/2022 legal year of the Rivers state judiciary, Wike said a bill before the national assembly seeking the establishment of new campuses of the Nigerian law school in some geopolitical zones is politically motivated.

Speaking on the development, Wike said the federal government doesn’t have the ability to fund the establishment of new law schools across the country.

“In essence, they’re trying to do everything they can to see that the Port Harcourt law school does not exist, but I can assure you that we have the capacity to fight back,” he said.

He accused Ovie Omo-Agege, deputy president of the senate, of supporting the plan because of his “selfish interest”.

“It is unfortunate that for whatever reason, the deputy president of the senate and his members are trying to undermine the viability of the campus by sponsoring a bill for the unnecessary proliferation of law school campuses so that he could grab one and site in his village in Delta state,” Wike said.

“Where would the federal government find the money to fund the establishment and running of multiple politically-motivated law school campuses across the country?

Wike said he would attend the public hearing which is scheduled to hold on Monday.

He also said contrary to reports about the alleged illegality of the Port Harcourt law school project, the state has secured the requirements needed to set up the campus, including approval from President Muhammadu Buhari and Abubakar Malami, attorney-general of the federation.

“Some lazy and uninformed characters have criticised our law school development project with the unfounded and lousy allegation that it lacks budgetary provision in our 2021 budget in which they conceded to the propriety of the project and optimal benefit it will attract to the state and the business community,” he said.

“In this set of castigators, we urge you to first try and lay your hands and educate yourself on the state budget as approved by the state house of assembly, which is available online, before bad-mouthing the state government irresponsibly.”