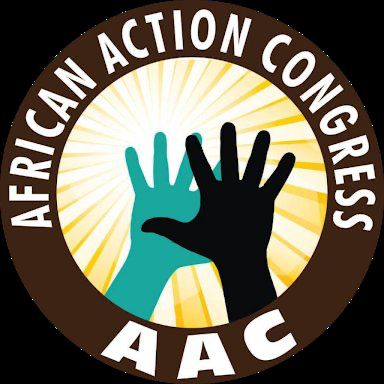 The Lagos State chapter of the African Action Congress has said that mismanagement of resources is holding Lagos down from adequate growth and development as a state.

The AAC said Lagos should ordinarily surpass Cape Town, the capital of South Africa, and Cairo, the capital of Egypt, but had, however, become a ‘slum’ that lacked all the features of a megacity.

The party stated these in a statement signed by its governorship candidate and running mate, Hon. Akeem Olayiwola and Dr Benneth Eze, made available on Saturday, pledging to address challenges of housing, education, and healthcare in the state.

“The mismanagement of the resources of Lagos State by the cabals has held the state back since 1999. A city that should surpass Cape Town and Cairo has now become a slum that lacks all the features of a megacity.

“Lagos is supposed to be the hallmark of exemplary growth and development but we are all witnesses to the fact that Lagos is only growing in the pockets and fat bank accounts of a very few.

“Every month, the Lagos government declares billions of naira as revenue, this is because Lagosians have been paying so much, but there is nothing to show for it, rather it remains the second most dangerous city in the world.

“The Lagos Market System has been wholesomely destroyed by the sheer greed of some cabals that have stiffened the markets with multi-taxation, the tyranny of the Iyaloja (market woman-leader), and the excessive costs of the stalls after the same had been taken away from the actual owners of the markets in Tejuosho and Oshodi. Today, millions of poor people have been turned into street traders. Yet, the same government has criminalised street trading,” the party said in its statement.

The statement further read, “We will also build three new general hospitals in each senatorial district. The existing Lagos State University Teaching Hospital, all the general hospitals, and other health facilities will be enhanced for effective and efficient health service delivery. The state health insurance package will be improved upon and Ilera mekunu ( health of the masses) will be introduced. This means that the government will bear the cost of health insurance premiums for the poor and the free healthcare package for children and the elderly.

“In the educational sector, we will put an end to the current situation where our primary and secondary schools have now become centres for breeding thugs and cultists, due to a lack of educational amenities that will aid qualitative education. We will stop this ugly trend through the provision of adequate educational amenities and massive renovation of existing schools as well as the construction of 60 modern primary schools per senatorial district and 40 modern Secondary Schools per senatorial district. This will give us a total of 180 new primary schools and 120 secondary schools in four years. Some of these schools will address the need of people with disabilities. We will also build a monotechnic that will focus on Information and communications technology courses. Furthermore, we will build a 21st Century Teachers’ Training Institute, where teachers will be trained and retrained.

“We will advance the achievement of late Baba Lateef Jakande’s concept of Social Housing by building 50,000 low-cost housing units all over the states within four years. As well as massively improving the security architecture, transportation system, informal economy, social welfare, electricity, waste management, agriculture, tourism and local government democratisation, among others.”