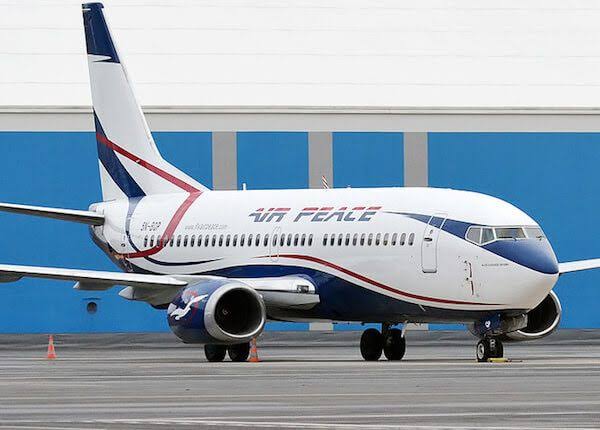 Air Peace says claims by aviation authorities in the United Arab Emirates on why the country denied its flight slots are untrue.

In a letter addressed to Hadi Sirika, minister of aviation, on Saturday, Oluwatoyin Olajide, chief operating officer, Air Peace, described claims by UAE as false and deliberate attempts to damage the airline’s perception in the eyes of the public.The airline, however, requested the UAE aviation authority to retract the statement and tender an apology.On Saturday, it was reported how the UAE’s General Civil Aviation Authority blamed Air Peace for pulling out of Sharjah Airport and “so should not expect to retain its flight frequency there”.

Earlier, the federal government had cut Emirate’s slots from 21 to one in retaliation to the UAE’s treatment of Air Peace. The move made the Dubai-based Emirates suspend all its flights to Abuja and Lagos.

“We do not see what wrong Air Peace has done in this whole saga. We are the ones being wronged, and now we are being attacked from a quarter we least expected,” Air Peace said.

“Air Peace has only operated flights into Sharjah Airport alone. The letter went further to deliberately damage our perception in the eyes of the unsuspecting public by stating ‘it would be unreasonable for an airline to expect any airport to maintain their slots when they ceased operating at that airport’!

We did several evacuation flights out of Sharjah. So, we never left Sharjah Airport nor did we at any time ‘shifted’ and operated out of DXB (Dubai Airport). The letter deliberately painted us as unserious while at the same time suggesting that we look for other airports in the country to operate from.

“We do not want to join issues in the public space with them as it is unhelpful to both countries. To this end therefore and, for the fact that this falsehood contained in the said letter has painted us in a bad light and gone viral.

“Even though the UAE Minister of Economy may have been misinformed by his aides, we, still, and humbly demand a retraction of the offending accusation of “stopping, shifting and returning” and an unreserved apology tendered to Air Peace.”