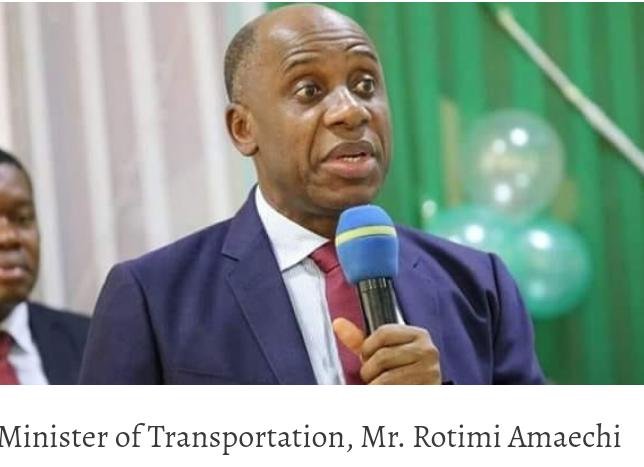 We Begged Niger Republic to Construct Railway for Them – Amaechi

The Minister of Transportation, Rotimi Amaechi, says he personally travelled to Niger Republic to beg the country to allow the Nigerian government to construct the $1.95bn railway from Kano State into Maradi in Niger Republic.

Amaechi said this on Channels Television’s ‘News Night’ programme on Monday which was monitored by our correspondent.

The railway is expected to run from Kano to Dutse- Katsina through Jibia and will end at Maradi Niger Republic.

The minister said some had even accused him of serving northern interests even though his wife is Igbo.

Amaechi said, “It is like the shout about Kano-Maradi rail. I said my wife is Igbo. She is not from Maradi. The worst is that they will say I am serving the interest of the North. Let’s assume that is the argument you will make. The worst I can do is stop at Jibia which is the border. To even get to Maradi, I had to travel to Niger Republic to even beg them. They are not bringing their money o. It is our money. But I’m begging them to allow me access into Maradi.”

When asked why it was so important to extend the rail to Maradi, Amaechi explained that Niger Republic was a landlocked country and had to rely on entrepot trade which means it has to export and import through intermediary countries.

The minister said due to insecurity and poor road infrastructure as well as extortion by security agents, Niger Republic and Chad preferred exporting and importing their goods through Benin Republic, Ivory Coast, Ghana and Togo.

He argued that the new rail would help Nigeria to compete and this would expand the economy.

Amaechi added, “Why are they not exporting through Nigeria? They say o, your roads are bad. So, the railway takes care of that. They say Customs is difficult; Customs will impose charges that are not charged in Benin Republic.

“Once you put the goods on top of the wagon; it goes straight to Lagos. When it gets to Lagos, straight to the ship because the things you would do in Lagos, you would have done in Maradi.”

The minister also berated the National Assembly for obstructing the facilitation of Chinese loans due to the controversial sovereignty clause.

In July 2020, a House of Representatives panel had raised the alarm over clauses conceding Nigeria’s sovereignty to China in a loan agreement.

Amaechi claimed that the unnecessary probe had stalled funding for the Ibadan to Kano rail.