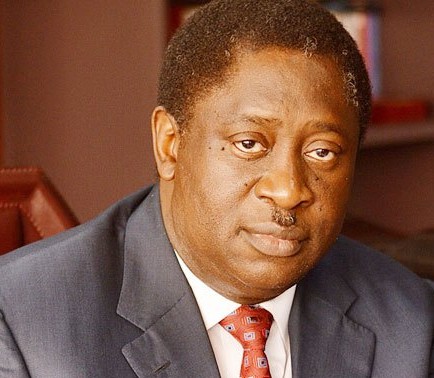 For the umpteenth time in as many years, the Academic Staff Union of Universities (ASUU), the main umbrella body of university lecturers in the country, has declared an indefinite nationwide strike in response to the failure by the federal government to fulfill the 2009 agreement it reached with the union.

It also expressed lack of confidence in the Dr. Wale Babalakin-led committee set up by the Federal Government early this year to renegotiate the 2009 agreement and a Memorandum of Understanding (MoU) reached in 2013, stating that it lacked the powers to resolve the issues.

ASUU President, Prof. Biodun Ogunyemi, at a press briefing in Abuja Monday, said the decision to embark on the industrial action was reached at its emergency National Executive Council (NEC) meeting held on Saturday, August 12.

Ogunyemi said the industrial action actually took effect from Sunday, August 13, during which there will be no academic activities in all government-owned tertiary institutions across the country. He stressed that the move was to secure a better future for the university system in the country and overall education development.

According to him, the strike was a “genuine move to transform Nigeria into an economically viable and politically stable country, which must begin with a firm commitment to the all round transformation of the country’s education sector”.

He added: “There shall be no teaching, no examination and no attendance of statutory meetings of any kind in any of our branches till government meets the union’s demands.
The foundation of development of any nation lies in its attention to education. No nation can grow beyond the level of its educational development.”

“ASUU has been vociferous on the primacy of the university education system because it is the repository of ideas for invention, innovation and national transformation.”
“It is, however, disappointing that despite the prime importance of university education, the political class in Nigeria has continued to pay mere lip-service to addressing the little gains achieved from the struggles of ASUU.”

President Muhammadu Buhari had in January this year set up a 16-man committee headed by Dr. Wale Babalakin, SAN to renegotiate the 2009 Agreement with the staff unions in the Federal Universities, Polytechnics and Colleges of Education.
Buhari constituted the committee with a view to engendering sustainable peace and industrial harmony in tertiary institutions

He stressed that the government had ignored the education system, adding that the political class had also shifted attention to sending their wards to private universities and universities abroad, leaving public universities in Nigeria to collapse.

The ASUU President noted that among the disputed issues, which are in the 2009 Agreement and 2013 MoU, are funding for the revitalisation of public universities and payment of earned academic allowances. He listed others to include registration of Nigerian Universities Pension Management Company (NUPEMCO), university staff schools fractionalisation and non-payment of salaries.

Ogunyemi called on all stakeholders to prevail on government to be alive to its responsibilities with respect to public universities, adding that the Nigerian tertiary system should be given the attention it deserves.