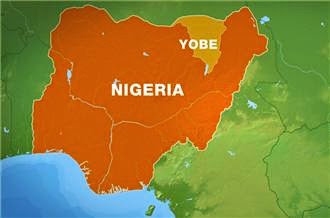 The residents of Buhari village, Yunusari LGA of Yobe state were going about their normal activity in the early hours of September 15, when a fighter jet of the Nigerian Air Force (NAF) accidentally hit the village.

According to Edward Gabkwet, NAF director of public relations and information, the jet was targeting members of the Islamic State in West African Province (ISWAP) when the village that houses about 1000 people was attacked.Residents of the community who spoke with TheCable, however, said they had not experienced any attack from insurgent groups in the past three months, and that at the time they thought their community was free of insurgents’ activities. Speaking with TheCable on September 22, Musa Goni, a resident, who lost his brother in the incident said: “There was no Boko Haram in the town at the time of the incident and no sign of insurgents. And for the past three months, there have not been activities of the insurgents in our community.”

Goni, who was at the hospital during a visit, said he lost his brother, Mustapha, a 31-year-old farmer, who was in search of what to have for breakfast when the airstrike took his life.“My elder brother died as a result of the incident, and my daughter, two years old, sustained injury and she is currently in the hospital receiving treatment,” Goni narrated his predicament.

Yasarumat, their mother, said Hauwa, her granddaughter, was badly wounded in the airstrike, adding that the death of her son is very painful and unbearable.

“He died in the morning when he was about to go get his breakfast,” she said as she sits on the hospital bed next to Hauwa Goni Mustapha, the daughter of the deceased who was also injured in the attack.

Also speaking about the incident, Haruna Musa, a resident, said he lost two of his brothers, who were in a tricycle when the strike hit the village.Musa said he was at the farm when the incident happened but Mohammed and Ibrahim Audu, his brothers, were in transit in the town, when they were hit by the military airstrike.Confirming the number of the victims, Musa said “nine people were killed and 24 people injured”.According to him, Dauda Busari, the chairman of Yunusari LGA, and Musa Dambari, the lawmaker representing his constituency, came around and gave the injured victims and families of the deceased N10,000 each as compensation.

Musa said the monetary compensation is not enough to bring back the dead or return their ruined properties, adding that the government needs to do more than that to compensate them.“I was at the farm when the blast happened. There are people that died in my family. In the town nine people died and in my family alone two people died. We are of the same mother and father. Their names are Mohammed and Ibrahim Audu,” he said.“They were in a tricycle when the incident happened. Politicians came to the hospital and gave N10,000 to the victims and families of the people that died. “The local government chairman, Dauda Busari and Ahmed Musa Dabouri are the politicians that came to share the money.

“The N10,000 they gave us is not enough to treat those that were injured and can’t return the lives of the dead. We want them to do more for us because we lost lives and properties.“My house was destroyed and my two camels and cows were killed in the incident.”This is not the first time communities in the north-east will be accidentally hit by military airstrikes.NAF’s misfiring of January 17, 2017 in Rann, Borno state, left 126 aid workers and refugees dead.NAF said it set up a board of inquiry to “thoroughly” investigate the circumstances of the incident in Yobe.In his own reaction, Mai Mala Buni, governor of Yobe, directed government hospitals in Geidam and Damaturu to offer free medical services to those who sustained injuries in the disaster.