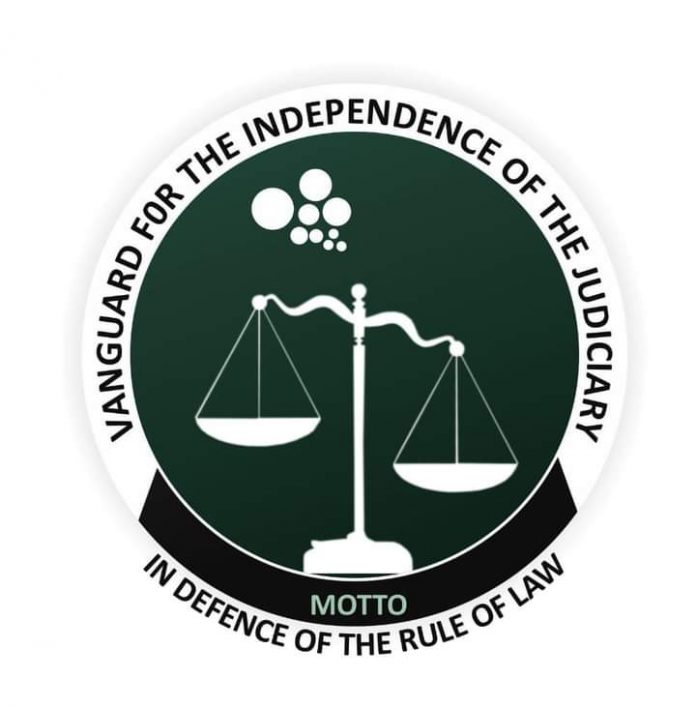 In a Statement in Benin City , in the evening of Wednesday the 29th of September ,2021 by the Convener of the Vanguard- Douglas Ogbankwa Esq., the Policy Think Tank deprecated the bravado of Agents of the Edo State Government to desecrate the fringes of the Wells of the Court , by attempting to close the gates and doors of the Magistrates’ Court ,Sapele Road,Benin City ,stating that the Judiciary is a separate Arm of Government headed by the Chief Judge of the State , just as the Executive is another Arm of Government headed by the Governor and they are co-heads of complementary Organs of Government of the State ,,with out one being subservient to the other .

“The Vanguard for the Independence of the Judiciary (V4IJ) , is not unaware of the emasculation of the Judiciary under the watch of Governor Godwin Obaseki ,just as the Legislature in Edo State is almost camatose .The Vanguard states that it is expedient for there to be a vibrance of the three Organs of Government for there to be checks and balances and a cocomitant balance of Power .The attempt by the Godwin Obaseki led Edo State Government to close the Edo State Judiciary to unvaccinated Citizens to Covid-19 , is aimed at castrating the only relic of democracy in Edo State -the Judiciary , under the guise of enforcing Covid-19 Regulations ,which are indiscript .The Vanguard posits that Edo State is not an epicenter of Covid-19 in Nigeria and most parts of the World has come to accept Covid-19 as a way of life and ,thus they live with same,while observing the Internationally acceptable protocols and safeguards.

The Vanguard frowns at the slide to impunity of the Edo State Government of attempting to deny Citizens access to Justice under the guise of Covid-19 ,which is one of the fulcrums upon which a democratic society rests .

The Vanguard calls on critical stakeholders to rise up to be counted at this time as the man dies in him who keeps silence , at the moment of tyranny and adversity .,”The Statement concluded .