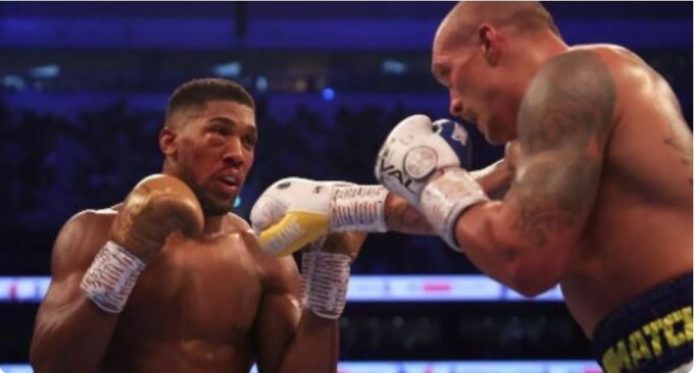 The Ukrainian boxer became the new heavyweight champion after all the three judges scored him 117-112, 116-112, 115-113 over Joshua.The Nigerian-born British boxer was left stunned by Usyk in front of 67,000 fans at Tottenham Hotspur Stadium on Saturday night.Joshua was defending his WBA, IBF, and WBO titles for the second time since recovering them back from Andy Ruiz Jr two years ago.

The first upset was handed by Ruiz Jr in 2019 at the Madison Square Garden in New York.But in the thrilling encounter, Usyk outclassed Joshua, who was badly hurt in the third round but was forced to cling on in the closing seconds of the fight.Though Joshua, whose right eye appeared to have swollen up, was gutsy, his effort was not enough to help him retain the three titles.

“I had no objective to knock him out because my trainer, in my corner, pushed me not to do that,” Usyk told Sky Sports.“In the beginning I hit him hard and tried to knock him out. But then my trainer said: ‘Just stop, and do your job’.”The British boxer is, however, lucky to have a rematch clause as part of the fight contract in the eventuality that Usyk came out victorious.Usyk is now undefeated in 19 fights. He was undisputed at cruiserweight and is only missing Tyson Fury’s WBC belt to match that accomplishment at heavyweight.

In the other encounter of the night, Lawrence Okolie, another Nigerian, knocked out Dilan Prasovic in the third round to retain his WBO cruiserweight title.

THE EFFECT OF A Jokingly Made Disposition Under Islamic Law: A Joker Has Not An Escape Route In TORT where there is Harm!